Terry Francona's remarkable (and sometimes unappreciated) success in his six seasons as Red Sox manager can be measured in numbers: 565 regular season wins (against 407 losses), five playoff berths, two World Series championships. But there is no number or formula that measures his other talents: dealing with the pressure that comes with a relentless media and fan base, earning his players' respect without ever calling them out publicly, and always keeping the big picture in mind.

Joe Girardi was widely respected as a player, but his no-nonsense style didn't always seem the best managerial match with the veteran Yankees. To his credit, he lightened up a little last season while still maintaining control of the clubhouse, and he deserved (and mostly received) his due for the Yankees' championship. 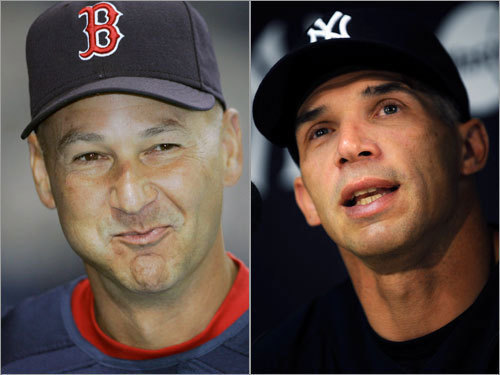