Joba Chamberlain, who still hasn't found a defined, consistent role on the Yankees staff after bursting onto the scene in 2007, returns to the setup role for closer Mariano Rivera after making 31 starts last season. He is joined in the 'pen by, among others, 2009 revelation Dave Robertson and lefty Damaso Marte.

For the Sox, power-armed Daniel Bard will be given every chance to be the primary righthanded setup man, with consistent Hideki Okajima doing the job against lefties. Ramon Ramirez and Manny Delcarmen are among others in the mix. 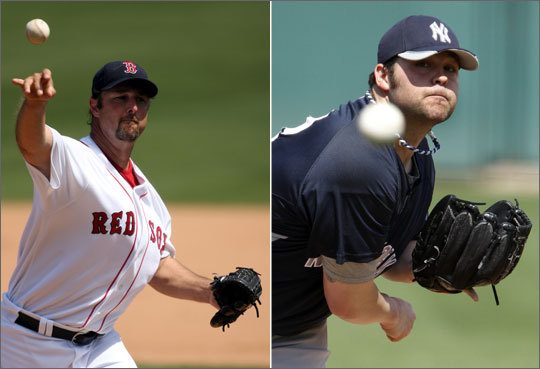