The Yankees have the consensus best offensive third baseman in the game.

The Red Sox have the consensus best defensive third baseman in the game.

Despite his usual drama, including a performance-enhancing drugs bombshell and hip surgery that kept him out for the first 28, Alex Rodriguez had another fine season in 2009, batting .286 with 30 homers and driving in 100 runs for the 12th consecutive season. Playing against type, he was downright sensational in the postseason, hitting 6 home runs and driving in 18 runs in 68 plate appearances.

Adrian Beltre, who spent the past four seasons in Seattle, hitting at least 25 homers in three of them, stands as one of the main symbols of the Red Sox' commitment to improving their defense in 2010. Regarded by John Dewan's plus/minus metric as the third-best defender at his position last season, his reputation suggests something greater: Rays manager Joe Maddon, for one, says he is the best defensive third baseman he has ever seen. 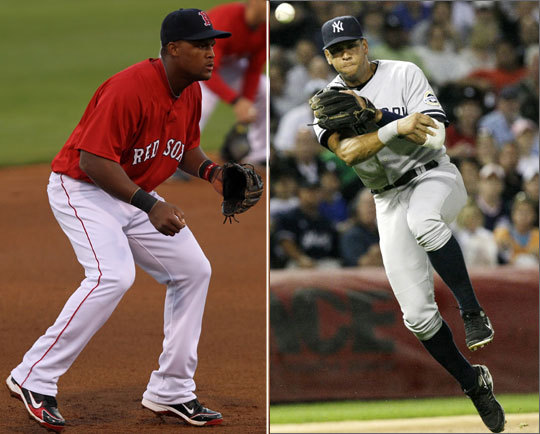