Manny Ramirez through the years 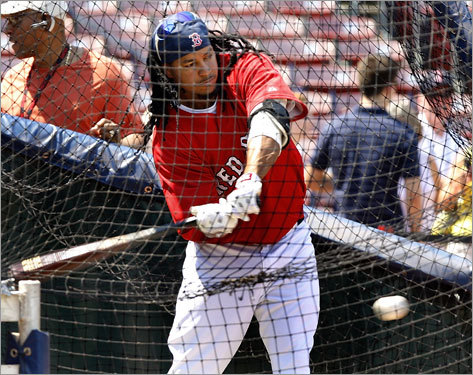 After telling ESPN Deportes that he would not block a trade if the Red Sox could find a trading partner, Manny expanded on that in his first comments since the situation with him and the team reached a head.

"What I said was if the Red Sox they think they could find a trade that's going to make the team better and both sides are going to be happy, I'm going to agree," he said. "But if they cannot find a trade... It's something simple. It's no big deal. At the end of the season, all they've got to do is call my agent and say, 'Hey, we're not going to pick Manny's option for '09, he's going to become a free agent.' And that's it. I go my way, and you guys go your way, something simple."