Touching All The Bases' 20 predictions on the 2010 Red Sox

A year ago at this time -- that is, the time of year when we're really antsy for pitchers and catchers to report -- we had Chad Finn of Boston.com's Touching All The Bases blog make 20 predictions on the season to come, then had readers vote with their input.

It was such fun a year ago that we had Chad whip up another list for '10. Once again we ask you to tell him if he's on the right track. After each of the 20 questions we pose to you, he will offer his prediction. Enjoy, and remember, Truck Day isn't so far away. 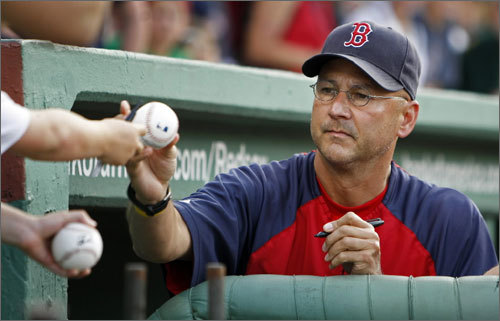