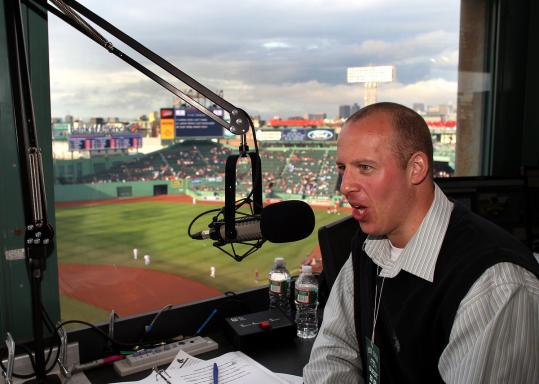 Carl Beane had been the Red Sox public-address announcer for just one season when the guy starting the same job for the Celtics asked for advice: “You are not bigger than the game,’’ Eddie Palladino recalled Beane telling him in the fall of 2003. “Remember that. People don’t come to listen to you. They come to watch basketball.’’

True - and yet, as sports fans know, some public address announcers develop a way of welcoming guests to the park or pronouncing a player’s name that manages to work its way into an entire city’s consciousness. If you ask an old-timer about the Bruins’ glory days, brace for a recitation of “Numbah foah, Oah’’ - that’s longtime Bruins announcer Frank Fallon introducing No. 4, Bobby Orr.

But what is it, precisely, that turns an announcer whose name few know, whose face few recognize, whose game-day pay is generally so modest that he needs a day job, into the “Voice of God’’ - as Reggie Jackson described the famed New York Yankees and New York Giants announcer Bob Sheppard.

That question has been in play since early May, when Beane, the voice of the Red Sox since 2003, had a fatal heart attack while driving in Sturbridge. His death, at 59, has left the Red Sox with an empty space in their hearts, and also with a silence to fill.

Charles Steinberg, the Red Sox special adviser, says the team will know the right voice when it hears it. Will the next announcer sound like the club’s iconic Sherm Feller, with his signature “Attention, please, ladies and gentlemen, boys and girls. Welcome to Fenway Park’’? Will he even be a man? Although she lasted only two seasons, from 1994 to 1996, the Sox have had a female announcer, Leslie Sterling.

As the Sox conduct very public tryouts - a different announcer has sat in Beane’s chair almost every night, some hoping for the gig, others just having fun - local pros talked about the challenges of doing what they call a “dream job.’’

Announcing may seem easy, but it’s not. Just try pronouncing visiting players’ names correctly while keeping abreast of the onfield action while making sure to get in the promotional announcements while coordinating with the video screen operator and the music people. And don’t forget to be calm yet enthusiastic, and keep it professional, even when your team has just been bounced out of contention.

Jim Martin, the Bruins’ announcer for 19 years and a former Pawtucket Red Sox announcer, added another must - respect the crowd. “Boston fans are very knowledgeable, and you don’t need to tell them the obvious,’’ said Martin, who took a turn announcing at Fenway on May 25 but says he wants to keep his night job at the TD Garden (by day he’s the public information officer for the US attorney’s office in Rhode Island).

If an announcer gives too much information, such as the reason for a whistle, for icing, perhaps, or offsides, he risks “insulting’’ the crowd’s knowledge, Martin warned.

Public address announcers aren’t professional athletes, but they share the fear of career-threatening injuries, said Palladino. He has been the voice of the Celtics for almost a decade.

Palladino’s colleagues at his other workplace - the Registry of Motor Vehicles - practically beg for renditions of “Paul Pierce for three,’’ but Palladino said he can’t risk blowing out a vocal cord. “If I miss a game, the guy who fills in for me could be the guy that takes over’’ - the Tom Brady to Palladino’s Drew Bledsoe. “I don’t want to give anyone that opportunity.’’

This month Palladino missed his daughter’s graduation for Game 4 of the Eastern Conference finals against the Miami Heat. (She understood, he noted, but his wife was annoyed.) But that’s nothing. When Palladino’s own beloved mother died in 2004, his rookie year, his father rescheduled her wake and funeral to accommodate the Celtics’ schedule. “She would have wanted this,’’ Palladino says his father told him.

Scouts talk about the “intangibles’’ that separate true stars from the merely excellent, and the same is true of public address announcers. The trick is to stand out while not standing out. Sheppard, the voice of the Yankees, who died in 2010 (and whose recorded voice still announces Derek Jeter’s at-bats, at the shortstop’s request), summed up the goal: “A public-address announcer should be clear, concise, correct,’’ he said. “He should not be colorful, cute, or comic.’’

He probably shouldn’t make the crowd crack up, either, although Sherm Feller did on an August day in 1967, as the Globe reported: “Will all you people sitting in the front boxes please remove all your clothing’’ - pause, because of an interruption by an umpire - “from the railing.’’

Meanwhile, the hunt for a new voice goes on.

Last Thursday night, Mike Riley, 27, the PA announcer for the minor-league Lowell Spinners, was in Beane’s old perch in the control room, looking out at the beautiful green field five floors below, and hoping to be called up to the majors.

“On the way in I said an extra rosary,’’ he said, taking his rosary ring out of his pocket and giving it a rub. “You never know.’’

It was 6:47 p.m., and the pre-game ceremonies were about to start. “One minute,’’ the producer said. Riley took a swig of Poland Spring, wiped his lips and leaned in to the microphone.

“Good evening, everyone,’’ he said, reading from the prepared script, a light shine of sweat building on his forehead.

“The Red Sox welcome you to Fenway Park for this evening’s game between the Baltimore Orioles and the Boston Red Sox.’’