THIS STORY HAS BEEN FORMATTED FOR EASY PRINTING
Minor league notebook 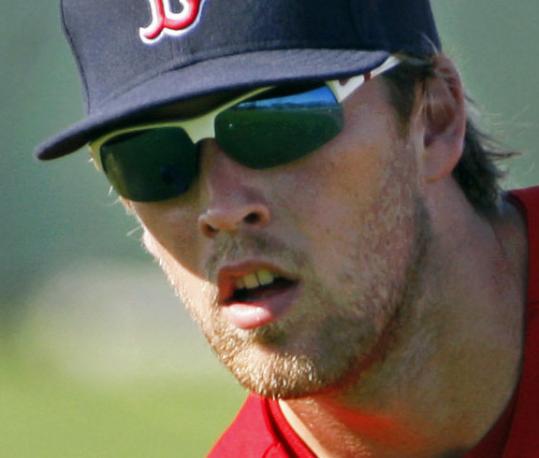 After playing 566 minor league games at first base, Lars Anderson took the first step in what may be his reinvention when he started in left field for the first time in his career Tuesday for Pawtucket.

After the Red Sox acquired first baseman Adrian Gonzalez last season and subsequently signed him to a long-term deal, Anderson’s career path to the majors was effectively blocked for seven seasons.

Last July, the 24-year-old native of Oakland, Calif., appeared to be headed home as part of a trade for A’s pitcher Rich Harden. But when the Sox balked at Harden’s medicals, the deal fell through, leaving Anderson to toil in Triple A. He was called up to Boston Sept. 13 and went 0 for 5 in six games.

In spring training this year, Anderson hit .323 with four doubles and a home run, plus a .425 on-base percentage in 40 plate appearances. The Sox also began experimenting with him in left field.

“I think it’s the hope to give him some more options,’’ said Pawtucket manager Arnie Beyeler. “He had a very good spring also, and it’ll make him more versatile from that standpoint and give him some options, hopefully, and open up some doors for him up top.

“He likes it. He’s excited about it. He likes running around out there. It’s something different.’’

But learning the nuances of the outfield will take some time for Anderson, who in seven games this season at Pawtucket is hitting . 273 (6 for 20) with 2 doubles, 2 RBIs, 6 walks, and 7 strikeouts.

“Just like everybody, the things he’s going to battle out there are knowing where to throw the ball, the repetitions, and the reads - the angles and the reads,’’ Beyeler said. “You can hit all the fungos in the world out there; until you’ve got to get the read when it means something, it doesn’t matter.

“It’s the repetition and getting the communication in the gaps, maybe diving for a ball - which I’m sure he’s not used to doing that. He’s been out there before, so it’s not like we’re just throwing him out there. It’ll give us a chance to get more bats in the lineup day to day, and shake things up a little bit and let guys play.

“Like I said, we’ve got a lot of players and we’ve got to get a little creative and find a way to get these guys in the lineup more than once a week.’’

In his first game playing left, Anderson went 1 for 3 with a walk and a strikeout. He didn’t have to make a play in the outfield until the ninth inning, when he caught Scott Podsednik’s fly ball for the first out.

“It’s just a different angle to play the game at,’’ said Anderson. “First base is real quick and you just react. There’s more of a thought process that goes into playing left - or playing the outfield.

The PawSox suffered a 2-1 setback at Rochester Wednesday night, their fourth one-run loss in their first eight games. Last season, Pawtucket had the second-best record in the International League in one-run games, 27-16. “We’re pitching and guys are throwing well,’’ said Beyeler. “We’re just not getting that big hit - the two-out hits. Other teams have come in here with their good arms out of the chute. You go from 80-degree weather to 40-degree weather, it’s a difference. Usually early in the year, the pitchers dominate until it warms up. Guys are playing hard. We’ll start driving the ball.’’ On Tuesday, the PawSox trounced the Lehigh Valley IronPigs, 8-0, pounding out 12 hits, including three homers, and Thursday night added a 13-hit attack in a 10-1 win over Rochester.

Single A Salem left fielder Brandon Jacobs broke out of a 3-for-17 slump, going 3 for 4 Wednesday in a 4-1 loss at Lynchburg. Jacobs, in his fourth year in pro baseball, matched his career high for hits; he had eight three-hit games last year with the Greenville Drive and two with the Lowell Spinners in 2010 . . . Ten months removed from Tommy John surgery, lefthander Rich Hill continues his rehab assignment when he joins Salem and starts Friday night’s home opener vs. Myrtle Beach . . . Lefthander Andrew Miller pitched 1 2/3 innings of scoreless relief Thursday night for Pawtucket, allowing just two walks with two strikeouts. Starter Brandon Duckworth was strong, allowing four hits and one run in five innings, with six strikeouts.