This will be a different kind of spring training for the Red Sox, as they set out to repair the damage from last season’s collapse 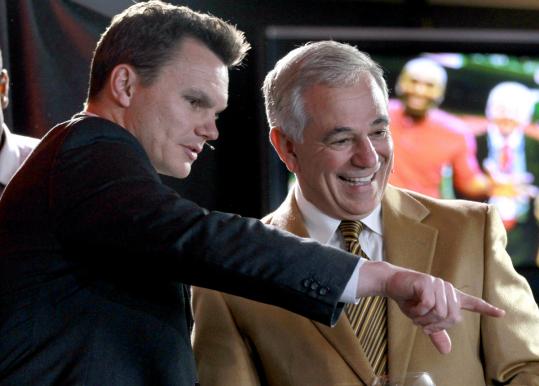 FORT MYERS, Fla. - The other day, Clay Buchholz walked down the sidewalk, an equipment bag slung over his shoulder. After a few steps, he stopped and looked around.

“What direction do I go in now?’’ he asked a security guard.

Buchholz was trying to find his way to the clubhouse at JetBlue Park. But his question also represents the state of the Red Sox as they prepare to open spring training Sunday.

Once the envy of baseball for their judgment of talent, business sense, and seamless management, the Red Sox have finished in third place the last two seasons and may be no better than the sixth-best team in the American League as the season approaches.

The Red Sox have not won a playoff game since 2008, and only seven players remain from the 2007 World Series champions. What was an incremental decline spun out of control last September when the Sox gave away a nine-game lead in the wild-card race by losing 16 of their final 21 games.

No team in baseball history had ever wasted a bigger lead in the final month of the season.

Two days after the season, manager Terry Francona quit before he could get fired, citing an inability to reach the players. When general manager Theo Epstein asked for permission to seek a new job with the Chicago Cubs a few days later, no one stood in his way. He was out the door in late October, claiming it was his plan all along.

Before the purge had ended, 10 other employees involved in baseball operations were fired or encouraged to leave. The Red Sox remade their coaching staff, changed most of the personnel in their medical department, and made changes to the scouting staff.

A dozen players were dropped off the roster, too. Marco Scutaro, Jed Lowrie, and Josh Reddick were among those traded. Jonathan Papelbon and Erik Bedard left as free agents, with no attempt made to retain them.

Veterans J.D. Drew, Jason Varitek, and Tim Wakefield are drifting toward retirement, the Sox exhibiting no willingness to bring them back. Varitek and Wakefield made public pleas to return that, so far, have fallen on deaf ears.

Meanwhile, a fan base that once offered near-blind allegiance may have become embittered after revelations that some starting pitchers drank beer, ate fast food, and played video games in the clubhouse during games while other players guarded their own selfish interests.

As the Red Sox prepare to celebrate the 100th anniversary of Fenway Park, the home team may even hear boos on Opening Day.

“It has been a tough time for the organization,’’ said pitcher Daniel Bard. “There’s no getting around that. The way last season ended hurt everybody.’’

The cleanup crew is led by new general manager Ben Cherington and manager Bobby Valentine. They stand in front of a Red Sox team that, for the first time in years, comes into spring training loaded with questions.

“Our situation, the way I look at it, is rather unique. It’ll take some time,’’ said Valentine, who was not Cherington’s first choice as manager but got the job when ownership pushed for a stronger personality.

The former manager of the Rangers, Mets, and Chiba Lotte Marines in Japan, Valentine knows it will take a while to right all that went wrong. But he is convinced it will happen.

“You would like to have a checklist and say, ‘Hey, we have to make sure that we have enough games, enough parties, enough arguments, enough baseball discussions, and enough implementation of systems that people all get on the same page immediately,’ ’’ said the manager. “But I don’t think there’s a checklist.

“It’s kind of magical, and that’s part of the fun of any spring training, the way things come together. This one, with the new facility and everything else, it’s going to be interesting. It’s going to be magical somehow.’’

The Red Sox have to identify a shortstop, two starting pitchers, and a right fielder before they break camp. Valentine also needs a temporary left fielder as Carl Crawford recovers from wrist surgery.

The Red Sox are in a bit of disarray. But having a competitive training camp can drive a team to a good start - as opposed to casually discussing whether they will win 100 games or just 98, as was the case last year.

Under Valentine and the new coaching staff, spring training will be a proving ground, not a way to kill time before teeing off.

“Putting guys through a pretty rigorous camp will probably answer some of those questions,’’ Valentine said. “Of course, we’re going to find the right combinations of pitching and catching. The right field situation is up in the air. We have to get Carl as healthy as possible as soon as possible. We have a shortstop situation that we’ll deal with and a couple of starting pitchers, and I think bullpens win pennants. Pick one of them. One of them is most important.’’

Prolific spenders in winters past, the Red Sox were frugal this winter. Cherington traded for a new closer (Andrew Bailey) and setup man (Mark Melancon) and signed only economical free agents outside of spending $14.57 million to retain David Ortiz.

“Our needs did not match up with the free agent market,’’ Cherington said. “But I’m comfortable with our roster. We’re going to have a very good team.’’

The first step will be putting aside last season. There’s too much to be done to look back much longer.

“Everybody has to let go of it,’’ Buchholz said. “We have a new group of guys, a new manager, a lot of new faces. We’re here to take on the battle we have to fight.’’