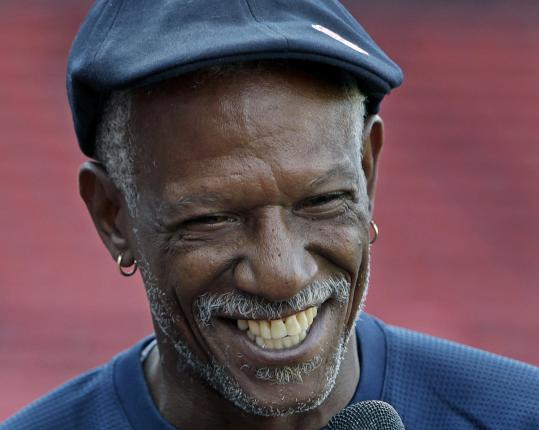 FORT MYERS, Fla. - Dennis “Oil Can’’ Boyd’s new tell-all book, “They Call Me Oil Can: My Life in Baseball,’’ which hits bookstores in June, should be a blockbuster if the stories are similar to what the former Red Sox pitcher told WBZ’s Jon Miller yesterday at JetBlue Park.

Boyd, who spent eight of his 10 major league seasons with the Red Sox, admitted he was under the influence of cocaine two-thirds of the time he was on the mound.

“Oh yeah, at every ballpark,’’ he said. “There wasn’t one ballpark that I probably didn’t stay up all night, until four or five in the morning, and the same thing is still in your system. It’s not like you have time to go do it while in the game, which I had done that.

“Some of the best games I’ve ever, ever pitched in the major leagues I stayed up all night; I’d say two-thirds of them,’’ said Boyd. “If I had went to bed, I would have won 150 ballgames in the time span that I played. I feel like my career was cut short for a lot of reasons, but I wasn’t doing anything that hundreds of ballplayers weren’t doing at the time; because that’s how I learned it.

“It was something that I had to deal with personally and I succumbed. I lived through my life and I feel good about myself. I have no regrets about what I did or said about anything that I said or did. I’m a stand-up person and I came from a quality background of people.’’

Boyd, who will paint a picture of support and disdain for some of his former Red Sox teammates in his book, said, “All of them didn’t rally around me. All of them knew and the ones that cared came to me. The Dwight Evanses and Bill Buckners . . . it was the veteran ballplayers. Some guys lived it; they knew what you were doing, and the only way they knew was they had to have tried it, too.’’

Boyd contends he was blackballed from baseball and his career cut short because he was different.

“The reason I caught the deep end to it is because I’m black. The bottom line is the game carries a lot of bigotry, and that was an easy way for them to do it,’’ Boyd said. “If I wasn’t outspoken and a so-called ‘proud black man,’ maybe I would have gotten the empathy and sympathy like other ballplayers got that I didn’t get; like Darryl Strawberry, Dwight Gooden, Steve Howe. I can name 50 people that got third and fourth chances all because they weren’t outspoken black individuals.’’

How did he get away with using cocaine? He was never tested.