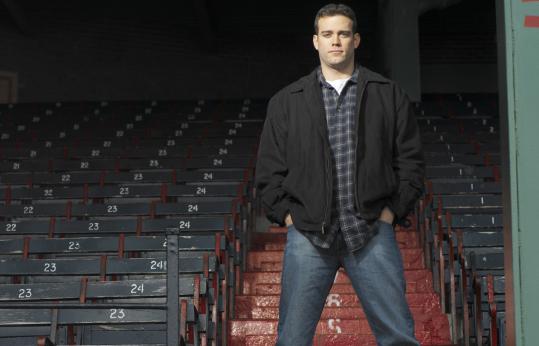 Theo Epstein, who delivered two World Series titles to the Red Sox, is being viewed as a savior in the Windy City. (BOB PACKERT PHOTO)
By Peter Abraham Globe Staff / October 13, 2011

He grew up in Brookline, just a few miles from Fenway Park, and lived the dream of every Red Sox fan when he was named general manager of the team at the tender age of 28. Now Theo Epstein is leaving Boston for the greater challenge of turning the perennially doomed Chicago Cubs into a winner.

According to two Red Sox sources, Epstein has agreed to a five-year, $18.5 million deal with Chicago that will become official by the end of the week, barring an unlikely last-second change of heart.

It is a stunning coup for the Cubs and owner Tom Ricketts, who in August identified Epstein as the man he wanted to run his team and pursued him relentlessly. Red Sox owner John W. Henry did not stand in the way, saying last week that such transition was inevitable, given the pressures of the job.

The Red Sox are expected to receive compensation in the form of cash or minor league prospects for Epstein, who had a year remaining on his contract, said the sources, who are familiar with the negotiations but not authorized to speak publicly. The sides also are negotiating which staff members Epstein would be allowed to take with him to Chicago.

Epstein - who delivered the Red Sox a curse-breaking World Series title in 2004 and another a few years later - is being viewed as a savior in the Windy City. But his final years with the Red Sox were not his best.

The Sox have finished in third place two years in a row and this season suffered a historic September collapse, replete with revelations that members of the pitching staff were drinking beer in the clubhouse during games. Manager Terry Francona quit before he could be fired two days after the season, saying he had lost the ability to reach certain players.

“For all of us, collectively, it’s a failure,’’ Epstein said on Sept. 29. “In some small ways, we’ve gotten away a little bit from our ideal of what we want to be on the field and off the field. It’s our responsibility to fix it.’’

Now, less than two weeks later, he is bolting, too. The Red Sox are expected to replace Epstein with his top assistant, Ben Cherington. A 37-year-old New Hampshire native with the same dispassionate approach to constructing a team as Epstein, Cherington inherits a big challenge. But it’s far less of one than Epstein had in 2002 when he arrived from the San Diego Padres.

Epstein was a compromise selection as the GM, endorsed by team president Larry Lucchino after Oakland’s Billy Beane accepted the job only to change his mind. A Yale graduate with a law degree, Epstein was on the forefront of using statistical analysis to assemble and run a team.

He was an unconventional executive, strapping on a guitar to play in benefit rock concerts and showing up for work in jeans and flannel shirt. Under Epstein, the Red Sox became a prep school for intelligent young professionals looking to make their mark in baseball.

One of his first decisions was to sign David Ortiz, an undervalued power hitter released by the Minnesota Twins. “Big Papi’’ quickly became a Boston icon and one of the integral players in a lineup of free-spirited players who won the team’s first World Series since 1918.

Epstein also swung the Thanksgiving trade for Curt Schilling in 2003, decamping at the righthander’s Arizona home and persuading him to come to Boston. It was Schilling who helped lead an unlikely comeback against the rival Yankees in the 2004 American League Championship Series, pitching with the now famed “bloody sock’’ after undergoing ankle surgery.

Epstein then made what proved an inspired selection of Francona as the manager, starting a fruitful eight-year partnership.

The boldest move Epstein made came in 2004 when he traded disgruntled star shortstop Nomar Garciaparra to the Cubs for reliable shortstop Orlando Cabrera and first baseman Doug Mientkiewicz.

By 2007, when the Red Sox won their second title under Epstein, the roster was bolstered by players Epstein had drafted and developed. Second baseman Dustin Pedroia, lefthander Jon Lester, closer Jonathan Papelbon, and outfielder Jacoby Ellsbury were products of a system that churned out low-cost talent with regularity.

Epstein made news again in 2008 when he traded recalcitrant outfielder Manny Ramirez to the Dodgers, freeing the Sox of a player whose problems outweighed his contributions on the field.

Last winter, he pried All-Star first baseman Adrian Gonzalez away from the Padres for three prospects.

There were missteps along the way. Epstein quit the Red Sox for three months in 2005, his response to a power struggle and salary dispute with Lucchino, his onetime benefactor. Epstein fled Fenway Park on Halloween night in a gorilla suit to avoid reporters.

Epstein also made costly mistakes in the free-agent market. The team invested $101 million to obtain Daisuke Matsuzaka, a Japanese star who had two good seasons before wilting. The signing of oft-injured outfielder J.D. Drew for $70 million produced mixed results.

Finding a shortstop was a skill Epstein never mastered. Edgar Renteria ($40 million) and Julio Lugo ($36 million) were signed, failed, and were traded away in a span of five years.

In 2009 alone, Epstein badly misjudged the value of righthander John Lackey and outfielder Mike Cameron. Lackey, signed for five years and $82.5 million, is at the center of the current clubhouse scandal while Cameron was traded after hitting .219 in a Red Sox uniform.

The recent collapse aside, Epstein will leave behind a roster stocked with premium talent and a well-thought organizational philosophy that should serve Cherington well.

In Chicago, much as he did in Boston, Epstein takes over a team that has not won the World Series since early in the 20th century and needs a sense of direction. If the Cubs can win the World Series in his tenure, Epstein will go down in baseball history as one of the game’s greatest executives.

His mission done in Boston, Epstein is leaving home.

Chad Finn predicts where the Red Sox go from here
Your comment is subject to the rules of our Posting Policy
This comment may appear on your public profile. Public Profile FAQ