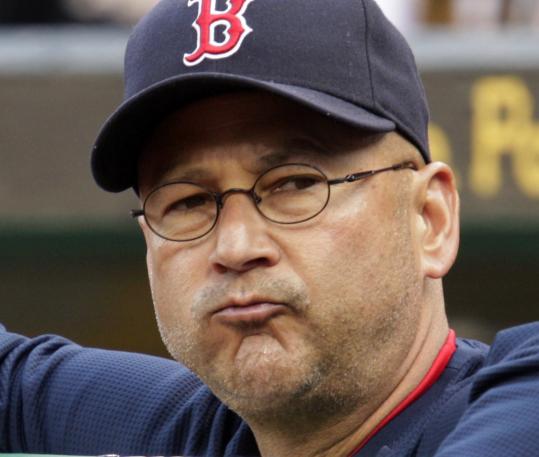 ST. PETERSBURG, Fla. - Red Sox designated hitter David Ortiz was suspended for four games and fined $2,500 by Major League Baseball yesterday for his actions during the brawl with the Baltimore Orioles July 8.

Team sources said Ortiz planned to file an appeal and would play against the Tampa Bay Rays this weekend. The first-place Sox open a three-game series tonight.

MLB levied the same suspension and fine against Baltimore reliever Kevin Gregg, who sparked the incident by throwing three pitches well inside with Ortiz at the plate in the eighth inning at Fenway Park.

Ortiz stepped toward the mound after the third pitch, causing players from both teams to come onto the field. He then flew out on the fourth pitch.

As Ortiz walked toward first base, Gregg shouted at him and was immediately ejected by umpire Mike Estabrook. Ortiz charged the mound and began exchanging punches (which missed) with Gregg.

John Lackey was fined for throwing at Derrek Lee on Saturday in apparent retaliation for the night before.

News of Ortiz’s suspension and the fines did not come as big news to the Sox, who worked out at Tropicana Field last night. Ortiz, who played in the All-Star Game, was excused from the workout.

Ortiz said Tuesday that he regretted the incident, expected to be suspended, and would deal with it when the time came.

In Baltimore, however, the Orioles were not pleased with being hit harder by MLB than were the Red Sox.

“You break down the situation. He actually came out at me twice. I defended myself. To get the same time, suspension, I don’t agree with it,’’ Gregg said. “That’s why I am appealing it.’’

Baltimore also was angry that Sox manager Terry Francona was not suspended. Francona and rookie starter Kyle Weiland were ejected in the fifth inning Sunday when Weiland hit Vladimir Guerrero with a pitch. MLB ruled that Weiland, who was making his debut, did not hit Guerrero intentionally.

“Why would I have been suspended? I didn’t do anything,’’ Francona said.

The Orioles have turned the incident into baseball’s version of class warfare.

“We’re not backing down. We’re not scared of them,’’ Gregg said after the game Friday. “Them and their $180 million payroll, we don’t care. We’re here to play the game and we have just as much right to play the game.’’

The Sox’ payroll appears to have become a bit of an obsession with the Orioles. In spring training, Showalter referenced it when he criticized the Sox to Men’s Journal magazine.

“I’d like to see how smart Theo Epstein is with the Tampa Bay payroll,’’ Showalter said. “You got Carl Crawford ’cause you paid more than anyone else, and that’s what makes you smarter? That’s why I like whipping their butt. It’s great, knowing those guys with the $205 million payroll are saying, ‘How the hell are they beating us?’ ’’

Showalter has since apologized to Epstein.

The Sox, who actually have a $161 million payroll, are 9-5 against the Orioles since Showalter became manager last August.

A larger issue for the Sox could be how opponents will react to being hit by pitches over the final 72 games of the season. Sox pitchers have hit 52 batters, 12 more than any other team.

“It was definitely frustrating. They obviously lead the league in batters hit. Obviously a few of those seemed intentional,’’ Gonzalez said. “They’re hitting our star guys and you’re going to get frustrated as a pitcher. Those are your guys. It’s kind of a family thing and they were getting hit. Yeah, anyone’s going to be pretty mad about it.’’

Said Gregg: “I don’t agree with it. I don’t. They seem to get more hit batters than we did, obviously. The way the process went down with the umpires, you know, it’s their job to handle the games, keep them under control. That’s their job.’’

The Sox start a three-game series at Baltimore on Monday night.

“We have to concentrate and play baseball,’’ Sox captain Jason Varitek said. “Those things tend to linger on externally [more] than they do internally. Both teams need to go out and try and win baseball games.’’