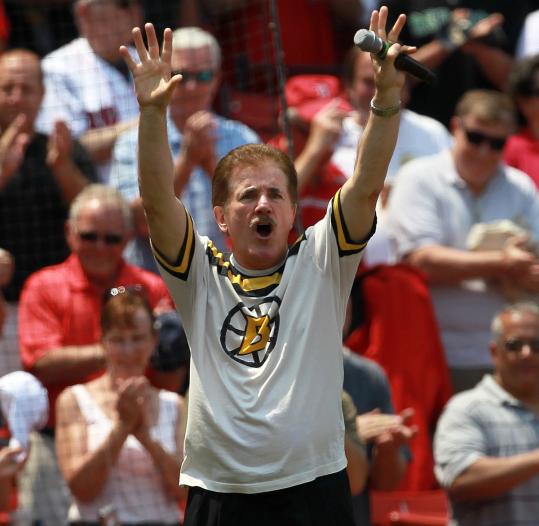 Tim Wakefield has waited the better part of two years to become part of the Red Sox rotation again. He seems intent on holding his spot.

The 44-year-old knuckleballer went six innings and threw a season-high 98 pitches in yesterday’s 7-4 loss to the White Sox. He was charged with four of the runs but was not involved in the decision.

Wakefield has allowed only seven earned runs over 19 2/3 innings since rejoining the rotation May 22 and gone at least six innings each time.

“I feel great physically,’’ he said. “I’ve been throwing the ball well. Hopefully I can continue to do so.’’

Wakefield allowed seven hits with one walk and four strikeouts. If not for some defensive flubs in the fifth inning, he might have escaped having allowed two runs.

“I think I pitched better than the results showed, obviously,’’ he said. “I felt great, got to 90 pitches, got us through the sixth. Unfortunately we lost.’’

Manager Terry Francona had no complaints.

“Wake was pretty good,’’ he said. “The ball was dancing. He elevated a couple and paid for it. But he pitched very well.’’

Slumping Drew sits There were ample excuses Francona could have given to explain J.D. Drew’s absence from the lineup. It was a day game after a night game. Or perhaps that Drew has been playing with a strained right hamstring since last week.

But Francona owned up.

“He’s just been kind of scuffling a little bit,’’ the manager said.

Francona spoke hopefully of Drew getting hot and carrying the team.

“Certainly, you always wait for that, and he hasn’t gotten to that point yet,’’ said Francona. “Sure, he’s taken good swings at times, but he hasn’t strung them together like he’s capable of.’’

Drew is in the final year of a five-year, $70 million deal.

Surgery for Matsuzaka? Nikkan Sports in Japan reported that Daisuke Matsuzaka needs Tommy John surgery. Matsuzaka was scheduled to return to Boston last night following a trip to Japan and a stop in Los Angeles to get a second opinion on his right elbow from Dr. Lewis Yocum.

He was also expected to sit down with team executives and the medical staff to map out a plan for the coming weeks.

Yocum agreed with the assessment of Red Sox doctor Tom Gill that Matsuzaka should try a course of rest and rehabilitation on his partially torn ulnar collateral ligament.

“We’ve got to figure out how best to go about this,’’ said the manager. “Certainly, the player or the pitcher has to have some opinion, too. But you always, I think, go about it non-operatively first. It just seems like it makes the most sense to me.’’

Lackey is a go John Lackey, as planned, will start against Oakland Sunday. He threw 5 2/3 innings in a rehab start for Pawtucket Tuesday. “Everything went pretty well,’’ said Francona. “He actually pitched more innings than we anticipated just because he was pretty economical with his pitch count. He got stretched out enough, he’ll come back and join our rotation Sunday. With the day off next week, realistically he can get deep enough in the game where he’s not hurting himself and he’s not taxing the bullpen.’’ . . . The Sox do not have any players leading in All-Star balloting. David Ortiz is the closest, trailing Michael Young at DH by 28,370 votes. Adrian Gonzalez is 141,985 votes behind Mark Teixeira at first base, while Dustin Pedroia is nearly 600,000 votes behind Robinson Cano. The leading Sox outfielder is Jacoby Ellsbury in sixth place.

Productive position Jarrod Saltalamacchia, who had a two-run single in the second inning, has nine RBIs in his last 10 games. Red Sox catchers have 15 RBIs in the last 18 games . . . Kevin Youkilis was 0 for 4, making him 4 for 28 in his last seven games. His average has dropped from .275 to .254 . . . Former Sox reliever Manny Delcarmen asked for his release from Triple A Tacoma (Seattle) and was granted it. The 29-year-old Hyde Park native had a 5.14 ERA and a 1.54 WHIP in 18 appearances. The Sox traded Delcarmen to the Rockies last July 31. He was non-tendered in December, then signed a minor league deal with Seattle . . . Boston may have Stanley Cup fever, but it has not reached the Red Sox clubhouse outside of a few players. Francona said he hopes the Bruins win, but winced when asked whether he would rather watch hockey or soccer. “Hockey,’’ he grudgingly admitted. “Because soccer is so boring. It’s awful.’’ Media relations director Pam Ganley then pleaded for a baseball question, lest Francona get in deeper.