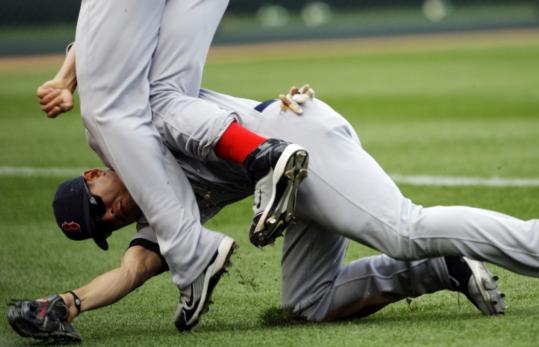 His client’s career in the balance, Adrian Gonzalez’s agent needed a question answered last winter as he pursued a lucrative long-term contract extension with the Red Sox: Could Gonzalez trust the team’s doctors?

“It’s a business, baby,’’ said Dr. Craig D. Morgan, a consultant for the Kansas City Royals who has provided second opinions for many major leaguers, including Schilling. “The player is like a racehorse. The team wants to get its investment out of him, and when an injury occurs, the question becomes, ‘Is the treatment going to make him produce for us or not?’ ’’

“I know in the past there may have been a perception of an inherent conflict of interest because of the feeling that a physician retained by the team might have the team’s best interests at heart,’’ said Gill, who also serves as medical director of the Patriots and team physician for the Bruins in addition to his private practice.