Hooked on the feeling

Beckett’s spring focus is his health, not wins 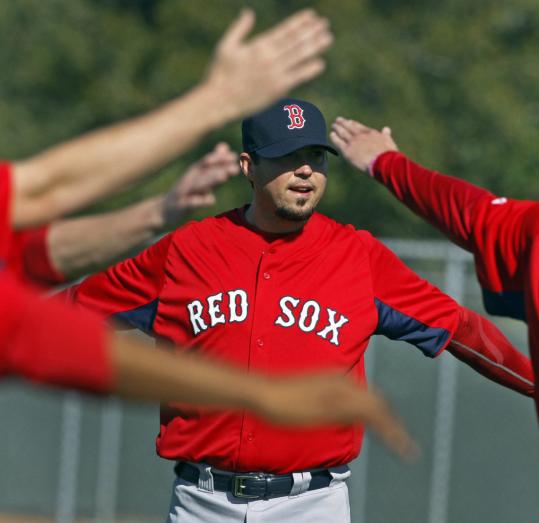 FORT MYERS, Fla. — Spring training is the one time all season when baseball players have a completely legitimate excuse for not playing well.

The games do not count.

Count Red Sox righthander Josh Beckett among those in Florida and Arizona who are grateful for that. After giving up seven runs on 11 hits in six innings against the Blue Jays Friday night, Beckett is 0-4 with a 6.64 ERA in five starts this spring.

“It’s one of those things where in March you’re glad he feels good and the runs don’t count,’’ said manager Terry Francona, who knows the drill well.

Spring training statistics are rarely an indication of what will follow. Clay Buchholz, for example, had a 6.75 ERA in five spring starts last season and then was one of the best starters in baseball.

Beckett has one exhibition start left — Wednesday in Houston — before he faces the Cleveland Indians April 5 in a game that most assuredly will count.

A back injury and subsequent shoulder pain led to Beckett going 6-6 with a 5.78 ERA last season. He appears to have recovered, the velocity on his fastball having returned, along with improved control. In 20 1/3 innings this spring, he has walked only four batters while striking out 16.

“I think he’s competing; he’s not thinking about his back or something that hurts,’’ Francona said. “He’s trying to work on his pitches and refine them and get ready for what we hope is a good long season.

“It’s there. Again, you’ve got to be consistent. We all know that.’’

The Sox are proceeding cautiously with Beckett, dropping him down to the fourth spot in their rotation so he can dodge the defending league champion Texas Rangers in the first series. They’ve also made the spring more about his health than the results.

In that sense, there has been success.

But against a Toronto lineup that featured only two of its expected Opening Day starters, third baseman Edwin Encarnacion and catcher J.P. Arencibia, Beckett was crushed. He allowed hits to start off the first six innings, three of them doubles, and a long home run in the sixth inning to converted pitcher Adam Loewen.

When he came out for the seventh, Beckett hit Mike McCoy with a pitch, then left the game.

“Obviously you look at the results and they’re not good,’’ he said. “But I’ve got to take some positives. I felt like I threw the ball good.

“The results stink but there were some good things that happened.’’

Beckett has been working with pitching coach Curt Young on his mechanics out of the stretch.

“I had plenty of practice on it,’’ he said after the game, smiling.

“I felt like I did some things we’ve been working on and I felt like they were comfortable for the first time. I’ve got to take some positives away from that.

“It’s more mechanical stuff for me, just getting comfortable with some of the new things that Curt and I have been working on.’’

Said Francona, “He felt real good physically. He made some mistakes. It seemed the first hitter of almost every inning was on, so he was pitching out of the stretch.

“Saying that, once he got to that point, I thought he made some good pitches. There were some pitches that still wandered back over the middle, got hit pretty good. But he feels real good physically.’’

The games don’t count and he feels good physically. Repeat it often enough and it sounds good.

But come April 5 at Jacobs Field, the game will count, and feeling good will not be the goal.