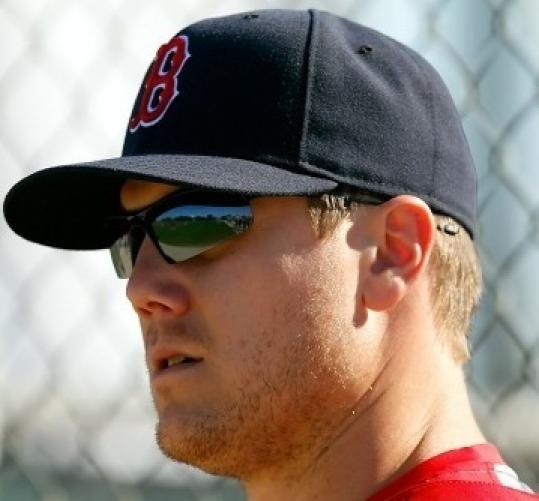 FORT MYERS, Fla. — Red Sox closer Jonathan Papelbon had been enjoying a placid spring training right up until he entered yesterday’s split-squad game against the Twins.

Papelbon started the fifth inning and was able to get only one out before he was removed, having thrown 13 of 31 pitches for strikes.

Papelbon allowed a double by Jason Kubel before hitting Steve Holm and walking Alexi Casilla to load the bases. A sacrifice fly scored one run. Papelbon then walked Tsuyoshi Nishioka and Jason Repko, forcing in another run.

“He struggled with command, up in the zone,’’ said bench coach DeMarlo Hale, who managed the team. “We didn’t want to extend him any more than 30 [pitches].’’

Papelbon refused to speak to reporters afterward, an unusual occurrence in spring training. He had been perfect in his first three outings, going three innings without allowing a base runner.

Jason Rice efficiently cleaned up Papelbon’s mess, coming in with the bases loaded and allowing only one more run to score.

Papelbon is coming off the worst season of his career, having blown eight saves and compiling an earned run average of 3.90. But the Sox have said they remain committed to him being the closer.

Extended stay In Kissimmee, the other split squad beat the Astros, 9-3, as Dustin Pedroia went 2 for 3 with a walk, a double, a triple, and two RBIs. He also played seven innings at second base, his longest stretch of the spring.

“It felt good to stay in the game awhile and play seven innings and get four at-bats. That was good,’’ said Pedroia, who is coming back from surgery on his left foot. “You feel more involved in the game. That was fun. I feel normal. I’ve had a lot of time off. Just used to being out there and playing again.’’

Manager Terry Francona plans to use Pedroia for an entire game soon.

“Whatever Tito tells me to do. I feel great,’’ Pedroia said.

Lester for opener? Jon Lester dominated the Twins for four innings, throwing 41 of his 57 pitches for strikes and not allowing a run. He gave up four hits without a walk and struck out five.

Lester is lined up to start Opening Day against the Rangers, but Francona has yet to announce his pitcher.

“It’s not something I’m worried about right now,’’ said Lester, who has twice started the first game of the playoffs but not Opening Day. “We’ve still got a long way to go and some innings to go and when that day comes, if Tito gives me the ball it will be a big honor. But if he doesn’t, it’s no big deal.

“I just pitch when they tell me to pitch. If it winds up that day, then so be it. Obviously, I’d be very honored to take the ball that day.’’

Gonzalez close Adrian Gonzalez took batting practice on the field at City of Palms Park and said he felt fine. The first baseman, who is coming back from shoulder surgery, may be only a day or two away from playing his first game.

“We obviously have to get an OK from the medical staff, they talk every day, then he’ll be out there,’’ Francona said. “When he plays, we’ll probably ease him into it a little bit. He’ll play three innings at first.’’

Francona said Gonzalez would get a day off after his first game.

“We’re excited when he returns, but we don’t want to overdo it,’’ Francona said. “He’s done such a terrific job to be ready that we don’t have to rush, so we’ll ease into it a little bit.’’

In a groove Jacoby Ellsbury was 2 for 3 against the Twins and is hitting .364 for the spring . . . Rich Hill threw a scoreless inning against the Astros on his 31st birthday. Hill, who has thrown sidearm all spring, is working on bringing back his over-the-top curveball . . . The Sox had four triples against the Astros, two from catcher Mark Wagner . . . Francona said the Sox have liked what they’ve seen from Matt Albers, a righthanded reliever who spent the last three seasons with Baltimore. Albers is out of minor league options, which could keep him on the roster . . . Carl Crawford, a Gold Glove left fielder, dropped a fly ball in the fourth inning against the Twins . . . The Sox are considering starting Alfredo Aceves against his former team, the Yankees, on Monday night. Clay Buchholz will throw a camp game instead of facing the Yankees for a second time this spring.