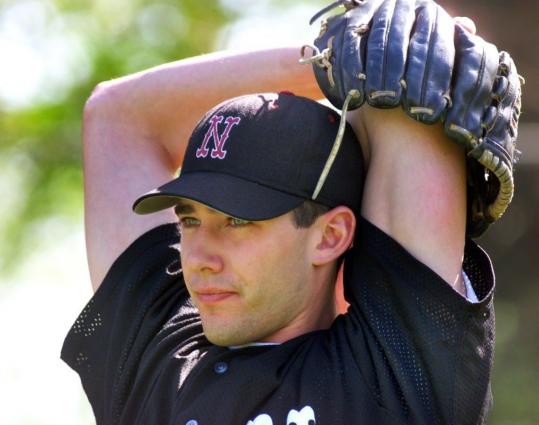 Unlike most little boys, Montalbano got to be exactly that.

Gregory Joseph Montalbano, a minor-league pitcher and former Red Sox prospect, died Aug. 21 of testicular cancer at his home in Westborough. He was 31.

Mr. Montalbano was drafted by the Red Sox in 1999 and pitched in the Sox minor-league system for five years: for the Lowell Spinners, Sarasota Red Sox, Trenton Thunder, and Portland Sea Dogs.

“He started playing when he was 6 years old, in Little League,’’ said his sister, Kristen.“And even then you could see he had complete control of the mound.’’

The Red Sox observed a moment of silence in memory of Mr. Montalbano before yesterday’s game against the Yankees.

He was released by the Red Sox in 2001, and he later went on to play for the Worcester Tornadoes in the Can Am league. There, he became virtually unstoppable, with a 0.86 ERA. He continued to play, even after learning he needed to receive cancer treatments again after being in remission.

“The kid had just a fantastic year, and he did it while he was fully conscious he had cancer and that the cancer had come back,’’ Bobby Ojeda, pitching coach for the Tornadoes, told the Globe in 2008. “Granted, he’s in independent ball, but he had a spectacular year.’’

Mr. Montalbano was born on August 24, 1977, in Worcester. He graduated from St. John’s High School in Shrewsbury in 1995, where he played baseball for the Pioneers.

He went on to pitch for Northeastern University before being drafted by the Sox. His pitching arm earned him a place in the Northeastern Hall of Fame in 2005.

Friends of Mr. Montalbano said his strength on the field was matched only by his bravery in facing his illness. He was first diagnosed in his freshman year of college.

During his battle with cancer, Mr. Montalbano worked extensively to help others with his disease.

He assisted with many Jimmy Fund events, spoke during several telethons to raise money for cancer research, and played in the Sarkisian Memorial Golf Tournament in 2008.

He was also an assistant coach for the St. John’s baseball team and a South End baseball team, and as a volunteer, he educated high school and college students about testicular cancer.

“Giving back was so important to him,’’ Kristen said. “He had a way of connecting with people and putting them at ease. He could make you feel like you were the most important person in the world.’’

After ending his career in baseball in 2006, Mr. Montalbano received his degree in industrial engineering from Northeastern.

He went to work as an engineer for Martell Associates in Ashland.

Kristen said that as an Eagle Scout, he loved being outdoors and often went fishing and hunting.

In addition to his sister, Mr. Montalbano leaves his parents, Sharon and Andrew of Westborough; his grandmother, Lorraine Sowa of Westborough; and his girlfriend, Dana Hotchkiss of South Boston.

A funeral Mass will be said at 10:30 a.m. Tuesday in St. Lukethe Evangelist Church.