THIS STORY HAS BEEN FORMATTED FOR EASY PRINTING
Nationals 9, Red Sox 3 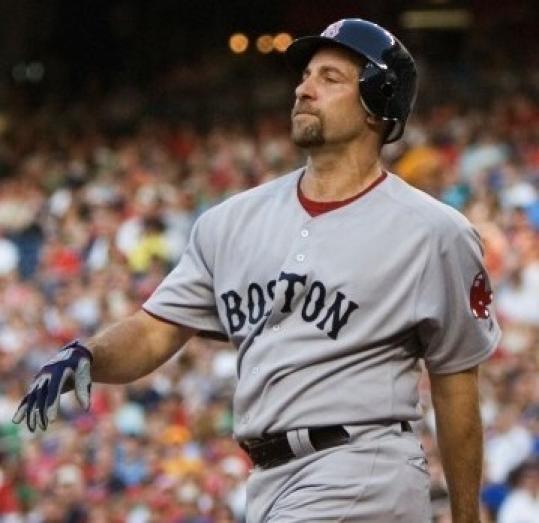 A record crowd poured into Nationals Park last night to watch Smoltz, now a Hall of Famer-to-be, begin another act in his stellar career, his first start with the Red Sox after 21 seasons with the Braves. Zimmermann, now an anonymous rookie on baseball’s worst team, commanded the attention of the 41,985 fans by the end of the Nationals’ 9-3 victory. He may not have overshadowed Smoltz, but he outpitched him.

After Smoltz floundered in the first inning, allowing four runs on four hits, Zimmermann oppressed the Red Sox for seven innings, spoiling Smoltz’s debut and averting a Boston sweep. The Sox managed five hits off Zimmermann, all of them singles and only three of which left the infield.

So no matter how good Smoltz was going to be, it might not have mattered. He lasted five innings and allowed the Nationals three more hits and one more run while striking out five. Smoltz hit 94 miles per hour on the stadium radar gun, better velocity than he mustered during his rehab starts.

“I can’t be disappointed,’’ Smoltz said. “Once I got through the first inning, I felt normal again.’’

Smoltz found trouble when he left his curveball and splitter too high.

“Other than that, I was really encouraged,’’ manager Terry Francona said. “I know we took a loss, and not a real good one. I was excited. I know it was a tough game. If he feels like that physically, he’s going to be just fine.’’

Ultimately, though, Smoltz endured a sour night. He had prepared for it. On Wednesday, he had spoken about a similar situation that made his nerves flare. On April 4, 2005, Smoltz made his first start in four years after serving as the Braves closer. He faced 13 batters. Seven of them scored. Smoltz allowed six earned runs on six hits and two walks 1 2/3 innings.

Smoltz said he would draw on the experience to help calm his nerves for last night. In the afternoon, he played cards with Manny Delcarmen and wore a smile walking through the clubhouse, but jitters seemed to affect him in the first. He hit the second batter he faced, Nick Johnson, in the shin.

“Just getting into the flow of the game, he didn’t really have a chance to,’’ catcher Jason Varitek said. “He was in trouble right away.’’

His first start with the Sox out of the way, Smoltz can draw further on that 2005 start. By the end of that season, he had a 3.06 ERA and a 14-7 record. He can believe the first inning was an aberration, and that when his nerves go away, his efficacy will resurface.

“He’s smart enough to know that,’’ Varitek said. “As the game went on, he got through all his pitches with some good, quality locations.’’

The Sox succumbed to Zimmermann, 23, whose star is so small that Sports Illustrated misspelled his name six times in its season preview. (Be careful, there are two “n’’s.) He entered the game with a 2-3 record and a 5.03 ERA, and then frustrated one of best lineups in baseball.

Before last night, Dustin Pedroia had played 394 career games, and only one pitcher - Phil Hughes, last season - managed to strike out the reigning AL MVP twice in one game. Zimmermann became the second.

The Sox’ last chance against Zimmermann came in the seventh. Jacoby Ellsbury reached on an infield single, stole second, and moved to third on the catcher’s throwing error. With one out, Nick Green swung through a high fastball for strike three, Zimmermann’s sixth strikeout of the night, then slammed his bat on home plate. Pinch hitter Kevin Youkilis ended the inning by flying out.

It was 5-1 when Smoltz was pulled, but there was hope because the Washington pitching staff is not unaccustomed to giving up leads.

Problem was, the Red Sox bullpen, the best in baseball, squandered any chance for a comeback.

Daniel Bard took the ball in the sixth.

“I went in there with the mentality, I’m going to keep them in there and give us a chance to come back,’’ Bard said.

Bard couldn’t, primarily because of one play. He allowed an infield single and a walk, which brought up Zimmermann, who, of course, laid down a bunt. Bard scampered off the mound, but the ball slipped out of his grasp.

“I was thinking 3 [third base],’’ Bard said. “I got my shoulders turned that way. I heard everyone yelling ‘1,’ and I tried to adjust. I lost sight of the ball in the grass. I tried to rush myself a little.’’

With the bases loaded, Cristian Guzman followed with a two-RBI single to right, the knockout blow. Takashi Saito made it an official blowout by allowing a two-run homer to Willie Harris in the eighth, a blast that made Rocco Baldelli’s two-run shot in the ninth moot.

All Smoltz could do was watch, hopeful that better days are ahead.

“I’d love to have that mulligan in the first inning,’’ Smoltz said. “It just happened. And now everything will be normal for me.’’