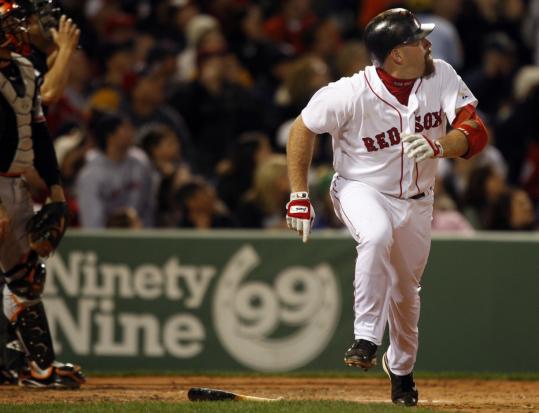 Daisuke Matsuzaka will rest for the next couple of days in an attempt to ease the inflammation in his pitching shoulder, Red Sox manager Terry Francona said yesterday.

Matsuzaka was examined by team medical director Thomas Gill Friday night and by all accounts the original diagnosis of a strained shoulder/tendinitis was confirmed. Francona said Matsuzaka's period of rest will be followed by a shoulder strengthening program. Francona would not give a timetable for how long it would take.

The righthander was placed on the 15-day disabled list last Wednesday. When Matsuzaka went on the DL last season with a mild rotator cuff strain, he missed nearly a month (May 27 to June 21).

Matsuzaka was in the clubhouse yesterday afternoon. A large Japanese media contingent is on hand to chronicle his every move, but Matsuzaka did not comment.

After returning from being named most valuable player of the World Baseball Classic for the second time, Matsuzaka made two regular-season starts for the Sox. On April 9, he went 5 1/3 innings, allowing nine hits and four runs in 100 pitches in a loss to Tampa Bay. Five days later, he allowed five hits and five runs before exiting after one inning in a loss at Oakland. It was determined that Matsuzaka, whose fastball was topping out in the high 80s against the A's, was suffering from a fatigued arm.

Matsuzaka was always known as a durable pitcher in Japan, where he accumulated very high pitch counts and tossed many complete games. But that's when he was pitching once a week. Matsuzaka, who won 33 games in his first two seasons in the majors, has been part of a five-man rotation with the Sox, with his innings arguably more intense.

The Sox don't believe Matsuzaka's injury is of major concern, but want to be extra cautious considering it's early in the season. Justin Masterson is scheduled to start in place of Matsuzaka tomorrow.

Nobody's talking
There are no signs the Sox are looking to trade for a shortstop with Jed Lowrie out with a left wrist injury. While Lowrie mentioned the possibility of surgery, which could end his season, Francona thought Lowrie might be getting ahead of himself.

The Sox seem content with Nick Green, who is hitting .278 and has for the most part played extremely well in the field. He did commit an error on a cutoff play last night. According to Francona, Green has shown a strong arm and timely offense, getting two hits Friday night.

Julio Lugo continues to rehab his surgically repaired right knee in Fort Myers, Fla. Lugo got six at-bats Friday in an extended spring training game and played aggressively in the field, according to Francona.

First baseman/outfielder Mark Kotsay (back) had three at-bats with a double Friday in extended spring training. Also rehabbing is outfielder Jonathan Van Every (ankle), who could soon be reassigned to Triple A Pawtucket.

John Smoltz threw 20 pitches in a batting practice session. The Sox may have him throw one more bullpen session before sending him out to pitch in a minor league game. Smoltz has complained about his mechanics not being quite where he wants them to be, but Smoltz is a perfectionist when it comes to his delivery.

Happy home
In light of the openings of the new Yankee Stadium and Citi Field in New York, Sox president/CEO Larry Lucchino has no regrets about ownership's decision to refurbish Fenway Park rather than pursue the building of a new park.

"When John [ Henry], Tom [ Werner], and I came here in late 2001, we and our ownership group were committed to preserving, protecting, enhancing, expanding Fenway Park," said Lucchino.

"After eight years of well-received annual improvements, we find ourselves in the ninth and final inning, proud of what we have accomplished with America's most beloved ballpark. To us, this was the right approach for Boston, for the Red Sox, for Fenway Park, and for Red Sox Nation. Yankee Stadium and Fenway Park are just two different flavors of ice cream; both are good."

Lowell improving
Mike Lowell feels his surgically repaired right hip is slowly getting stronger. He said running, especially running and then stopping quickly, bothers him more than anything, but he has been assured that it will improve over time. Lowell said awkward swings and playing defense have not bothered the hip . . . Josh Beckett wanted in as a hitter last night because he's 4 for 8 with three doubles against Adam Eaton, the Orioles' starter. With the way David Ortiz has been going, would Francona consider it? "No," said the manager. Ortiz entered last night batting .158 and was 1 for 14 in his last three games. Ortiz felt he just missed on a couple of swings Friday night that could have broken the game open . . . Jonathan Papelbon, who earned his fourth save last night, continues to be pleased with the movement of his slider. "I think it's been filthy," said Papelbon. "I'm always going to be more of a fastball pitcher and I think hitters have to respect the split-fingered. But I'm happy with the fact I can throw the slider at 85, 86 and it's a contrast to the other pitches."