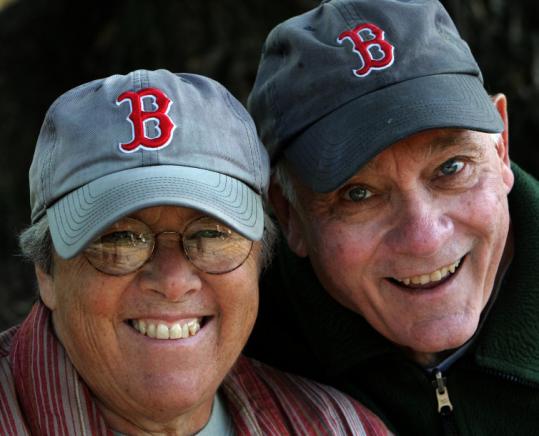 At the Allston headquarters of Ace Ticket, there's evidence of something strangely out of whack in Red Sox Nation: Tickets to playoff games at Fenway are selling barely above face value, and sometimes less.

Premium seats that commanded upwards of $2,000 just a year ago are selling for a quarter of that price. A field box ticket that would have set you back $1,800 in the 2004 dream season defeat of the New York Yankees in the American League Championship Series, and $900 in the same series last year, now goes for $300 - just $25 above face value.

On Tuesday, Ace Ticket actually dropped prices below face value and, for the first time in 29 years, failed to sell out for a postseason game.

"Ticket prices," in the words of chief executive Jim Holzman, "have plummeted."

Is it the economy? A symptom of fickle fans throwing in the towel after three straight losses to the Tampa Bay Rays?

Or is something deeper going on in a city that once treated baseball like a matter of life and death, and seemed willing to pay any price to get close to the action.

Around the city yesterday - in the Public Garden, outside Fenway, in the team's front office - attitudes had clearly changed. A team that once seemed to carry the city's fortunes on its back is now seen more often as a mere baseball team.

And fans are matter-of-factly facing the prospect that the Sox might be eliminated. No talk of curses or the cruel order of the universe. The mood is now nonchalant. Even tired of winning.

"I think a lot of the angst disappeared when they won it" in 2004, said Tim Little, a 48-year-old engineer from Dover, N.H., who was walking on Charles Street yesterday. "We're getting a little bit complacent, I think, between the Celtics and the Patriots and the Red Sox. Maybe we need a break at this point."

Even the Red Sox front office has noticed a change.

"The passion is there, but I do feel a difference," said Sam Kennedy, the Red Sox's chief sales and marketing officer. "Each year has its own personality and feel to it, and this year is absolutely more businesslike, more of a professional attitude."

But professional attitudes were never the hallmark of the Red Sox, who in 2003 dubbed themselves cowboys, in 2004 famously took the World Series as a band of "idiots," and for years salted their reputation as outsiders who won with grit more than they did with polish.

The same went for fans, who prided themselves on suffering and were capable of soaring to transcendent heights with each win and crashing into despondency after losses.

Bob Schmalz and his wife, Anne, Bostonians picnicking on a park bench in the Public Garden, were already closing the books on 2008 baseball.

"I think the season has now ended; they should pack up and go home and come back in the spring - we'll be there for them," Bob Schmalz said with a smile.

"Boston fans are too easily critical, so they feel they've been cheated of something they're entitled to" if they don't make the World Series, Anne Schmalz added.

It seems like ancient history now, but the Sox faced similarly long odds four years ago and again last year, when they came back from 3-0 and 3-1 game deficits in the best-of-seven League Championship Series and went on to win the pennant and the Series both years.

But on the streets yesterday, few expressed the sort of sort of do-or-die fanaticism that defined the Red Sox' lean years.

"We're the top of the heap, so in a way people take that for granted," said Christian Neuwinger, 28, who bought two tickets to tonight's game at the Fenway box office yesterday.

"But it took a long way to get there, and I think people forget that. It's a lot of young fans now."

In the Ace Ticket office, Holzman, analyzing the situation as a businessman and a fan, hoped for a resurgence of the old, wild passion and the old willingness to spend.

"You have the economy in general, and people are so used to having winning seasons that we've gotten a little spoiled," Holzman said.

"We have what I just consider a bump in the road, and they should be cheering the team on to victory. All we have to do is win three in a row and win the World Series and it's not impossible. It's happened before."