Out there in la-la land 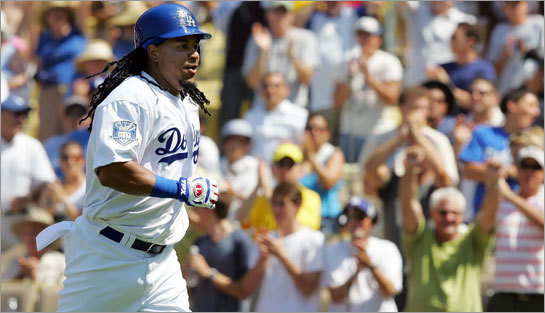 Not the guy who wrote "Angela's Ashes." Though I love that Frank McCourt, too. I knew that Frank McCourt before he was famous, when he was performing what would become his book in bars with his brother Malachy. The great Pete Hamill introduced us at the Lion's Head in Greenwich Village a million years ago. Or was it John Hamill? Or Denis? I can't keep those zany Hamill brothers straight and that was a long night, a long time ago.

But I'm talking about Frank McCourt, the Boston property guy who left this backbiting backwater for the bright lights, big city of L.A.

Frank got tired of dealing with the petty and the provincial so he went Left Coast on us and, God bless him, he's kicking tail and taking names.

I haven't seen Tommy Menino for, like, two months, but the next time I see him I'm gonna insist he bestow upon Frank McCourt - the guy who lives in La-La Land, not the one who lives in Manhattan, with a very nice country house in Connecticut, thank you - the highest honor the city can bestow.

I think the official title is: Most Wicked Awesome Guy in Boston.

It's a City Council thing. Steve Murphy thought it up.

Although in Frank's case, they're gonna have to mess around with the plaque and somehow put "who yoosta live in Boston" on it.

We gave the Dodgers Nomah. We gave them Derek "Hello, I'm Brian Daubach of the Boston Red Sox" Lowe, and, last but surely not least, we gave them Manny.

In Boston, we wrinkled our noses when Nomar Garciaparra, whom we had loved for years, went south on us and wouldn't match Jeter in intensity. We didn't know what to do about Lowe acting goofy on the road. And, finally, what's up with Manny?

It's a very nice touch, and clearly the work of Dr. Charles Steinberg, the former Red Sox impresario who followed McCourt out to L.A., that the Dodgers gave Manny the number 99. It's not every ballplayer who gets his IQ on his jersey.

Don't cry for Nomah, Derek, or Manny. They have found their level.

The only downside to all of this is that the Red Sox have in recent years jettisoned almost all of their characters.

Besides the aforementioned gang of three, Kevin Millar, the Cowboy, is up and gone, as is Johnny Damon, who captured with one word the essence of the 2004 team that broke The Curse: Idiots.

The Olde Towne Team now should be called the CPA's, because, as creations of Theo Epstein and his stat guys, they attack every at-bat with a penchant for numbers that excites people at the Wharton School.

I just missed Jack McCormick at the Eire Pub in Dorchester the other day.

You may remember Jack is the former cop and gentleman traveling secretary of the Red Sox who was thrown to the ground by Manny in a tiff over free tickets in Houston.

Everybody at the Eire said Jack looked like a million bucks, in good form.

Manny is gone and Jack is still here, because everybody finds their level and cream rises to the top and Jack McCormick is a good guy and Manny Ramírez is a guy who can hit a fastball. 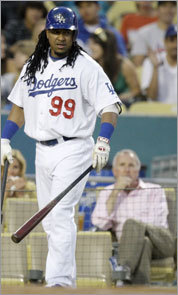