Wish of Lester was for command 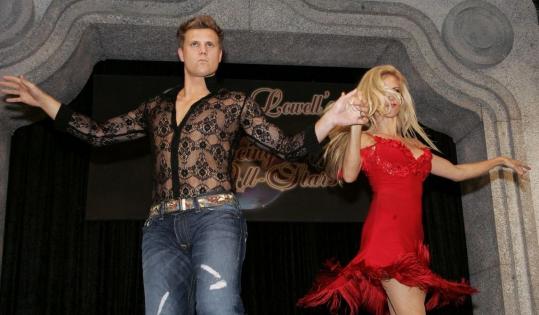 FORT MYERS, Fla. - It was significantly better than his first appearance on the mound last spring. In that one, a "B" game against the Twins in the same Hammond Stadium in which he pitched yesterday, Jon Lester was allowed just eight pitches, inducing three ground outs.

He wasn't nearly as efficient yesterday, deriding his fastball command and his curveball. This year, though, despite being removed from the game four batters and no outs into the second inning, Lester threw 44 pitches. He wasn't particularly tired or winded. Just a bit disappointed, saying he was "maybe a little nervous, maybe first outing of the year, amped up, trying to overthrow a little bit maybe."

It was better in that all he was focused on yesterday was pitching.

"It's early," Lester said. "Secondary stuff is always going to be a little bit behind your fastball. The disappointing part was my fastball wasn't very good, command-wise. It just made everything else difficult. I threw a couple good changeups, that [Carlos] Gomez in the first inning put a good swing on and got a base hit.

"Threw a couple other good changeups that were fouled off. I was happy with that. Curveball's just behind everything right now. I don't feel comfortable with it. When I do get good results from it, it still doesn't feel right. It's just a work in progress."

Even with the five runs (four earned) and four walks allowed by Lester, the Red Sox won the second game of the spring, 7-6, over the Twins, giving them a 2-0 lead in the race for the Mayor's Cup, with Minnesota on the docket again today. Though the Twins were ahead, 6-3, the Red Sox came back with two in the sixth and two more in the eighth on a Dusty Brown solo home run and a Brandon Moss RBI single.

At one point, Lester threw eight straight balls, prompting a visit from pitching coach John Farrell with the bases loaded and no outs in the first. Lester got out of that with a double play and a ground out, but he couldn't get an out in the second, with a double, two walks, and an error by first baseman Sean Casey.

Takeout stops slide
No one disputes that Josh Beckett's pitching was the catalyst last October when the Red Sox rallied to win the ALCS against the Indians after trailing, three games to one. But the story would not be complete, Sox assistant GM Jed Hoyer suggested, without telling of Brian O'Halloran, Thai food, and the dead mouse.

One would be hard pressed to argue, after hearing this tale, that the commitment to win in this organization knows no bounds.

Staff members in baseball operations probably went there an average of once a week for five years, O'Halloran said, until last spring, when the girlfriend of Matt Mahoney, who at the time was an assistant in pro scouting and is now an amateur scout, brought home some pad see yoo, opened the carton, and discovered a small dead mouse serving as garnish. Mortified, the staff swore off Thai Town forever.

But that all changed when O'Halloran, who had flown back to Boston with scouting director Jason McLeod after Game 4 in Cleveland, walked into a dispirited office and in his most defiant voice announced that he was going back.

"We need something," he said, "to change our luck."

It was tough, he said, to make it through his order of chicken fried rice. "I kept thinking of the dead mouse," he said. That night, Beckett spun a masterpiece, and back in Boston, all were in agreement that someone had to take up the Thai Town challenge.

"I believe it was Jared Porter that day," O'Halloran wrote in an e-mail. "When we won Game 6, Mike Hazen was next for Game 7. Of course, we had to continue it through the Colorado series.

"Every game a different person stepped up. Amiel Sawdaye actually ate a plate of chicken fried rice for breakfast before he got on the plane to Denver the morning of Game 3. We even got Mahoney's girlfriend to agree to eat something from Thai Town if we ended up on a Game 6, and Theo [Epstein] was lined up for a potential Game 7.

"Clearly, none of this had anything to do with us winning, but we couldn't stop once it kept 'working.' I guess we are all pretty superstitious."

Papelbon being Manny
So much for Cinco Ocho. Or so it seemed when Jonathan Papelbon walked onto the field yesterday to get in his one inning of work against the Twins wearing Manny Ramírez's No. 24.

"I forgot my jersey," Papelbon said after allowing one hit and striking out one in a scoreless fourth inning. "I could feel the dreadlocks flowing. I forgot my jersey and, sure enough, they seem to always have an extra Manny jersey lying around here."

Turning serious, Papelbon discussed the migraines that affected him last year, most notably in a Sept. 14 blown save against the Yankees when he and Hideki Okajima both imploded, turning a 7-2 game into an 8-7 loss. Papelbon said he had the issue three or four times last season, when he would be debilitated by the migraines, which seem to come from him grinding his teeth while he sleeps.

"I've still got these migraines I've got to deal with," said Papelbon, who said a mouthpiece might help ease the grinding. "They're making me some of these jaw things that maybe [will help]. Now I do it out there when I pitch, grind my teeth."

Take a bow
Dustin Pedroia, Papelbon, and Alex Cora joined Mike Lowell last night at a private dinner to benefit his foundation. They paired up with professional dancers for a Cuban-themed "Dancing with the All-Stars." . . . Of the 2-0 lead in the race for the Mayor's Cup, manager Terry Francona joked, "Sometimes it's hard not to be arrogant."