Nothing false about his case 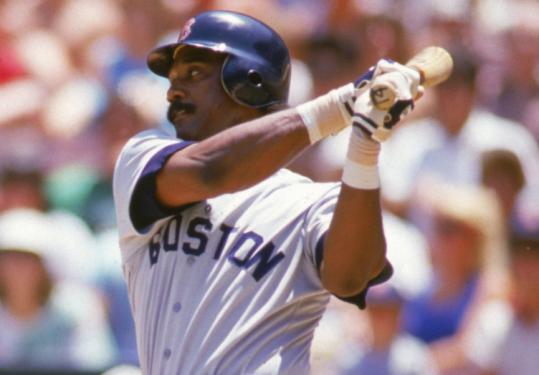 I think I heard Roger Clemens's lawyer humming our national anthem when the Rocket stormed off the stage Monday, abruptly concluding one of the more bizarre press conferences in the history of Western Civilization.

"I got another [expletive] question the other day about the Hall of Fame," Clemens said, nostrils flaring, as he prepared to bolt. "You think I played my career because I'm worried about the damn Hall of Fame? I could give a rat's ass about that also. If you have a vote . . . you keep your vote. I don't need the Hall of Fame to justify that I put my butt on the line and I worked my tail off. And I defy anybody to say I did it by cheating or taking any shortcuts."

And then - while his lie lingered in the air like a John Wasdin hanging curveball - Clemens was gone. Just like Otter, Boone, and other Delta members at the end of the student court scene in "Animal House" ("We're not going to sit here and listen to you bad-mouth the United States of America!").

We speak of this today because the 2008 Cooperstown class was announced yesterday and reliever Rich Gossage was the only candidate who received the required 75 percent of votes needed for induction. Jim Rice, as you no doubt know by now, came in second with 72.2 percent.

This means Jim Ed will spend another year in hardball purgatory, waiting for the call. Next year will be his 15th and final year on the ballot, and we expect he'll be elected along with first-time candidate Rickey Henderson. Of course, some of us (especially me) thought Rice would make the cut this year.

It's been a long, slow climb for Rice (he got 30 percent of the votes when he first appeared on the ballot in 1995), and this year's vote appeared to be his best chance because there were no new candidates to overwhelm the electorate. Last year when Cal Ripken Jr. and Tony Gwynn sailed in on their first attempt, Gossage and Rice had the most votes among those who came up short. We knew Gossage's and Rice's totals would improve this year because there were no slam-dunks on the new ballot. Rice also figured to attract more votes in the wake of the Mitchell Report.

Rice hit for power in a day when power numbers were legit. He was the dominant slugger of his time, a man capable of inducing an intentional walk when the bases were loaded. He amassed more than 400 total bases when he was MVP in 1978. He hit 35 homers with 200 hits in three straight seasons. He was more feared that Tony Perez, who is in the Hall of Fame.

Yesterday's news had to hurt, but Jim Ed has been typically stoic through these years of rejection. He hasn't cried about racism or favoritism (he'd probably already be in Cooperstown if he'd had the disposition of Kirby Puckett or Gary Carter), but he knows he was a better hitter than former teammates Perez and Wade Boggs and he suffers in silence while inching excruciatingly close to election.

But he's not going to insult our intelligence by telling us he doesn't give a "rat's ass" about Cooperstown.

Clemens dismissed the Hall of Fame in his "60 Minutes" interview and again Monday. It's part of his Profile of Defiance. Clemens's insistence that Cooperstown means nothing is harder to believe than any of his other statements and denials in recent weeks. Clemens knows his place in baseball history. He knows a case can be made that he is the greatest pitcher who ever lived. He knows that his reputation - his Hall of Fame worthiness - is what he is fighting for today and in Congress next week.

Think it means anything to Pete Rose?

Let's consider the sad case of Mr. Mark McGwire. Big Mac hit 583 career homers. He hit 70 in a season. But he looked like a cheater when he refused to talk about the past in front of Congress in 2005. And yesterday, for the second straight year, baseball writers ignored McGwire's résumé. For the second straight year, McGwire got only 23 percent of the vote. In a few years, it will be cheatin' Rafael Palmeiro's turn to be dismissed despite a résumé that is clearly Hall-worthy.

This is what's in store for Clemens if he can't clear his name. He won't have to angrily tell anyone to "keep your vote." His seven Cy Youngs will be tarnished. His 354 wins will be suspect. There'll be some who contend that he was a Hall of Famer before he was suspected of cheating (a common argument among Barry Bonds sympathizers), but that doesn't fly with a lot of us. If you cheat only on the back nine, you're still disqualified.

Rice didn't give great interviews, he came up short in the postseason, he didn't play great defense, and he didn't dominate for as long as some other sluggers. But he didn't cheat. And he dominated for more than 10 years. Just about every player from Rice's era will tell you Jim Ed was a Hall of Famer.

And all of them will tell you it means something. Except Roger Clemens.