George Steinbrenner through the years

Chad Finn and Peter Abraham
New York Yankees' owner George Steinbrenner will go down as one of the most polarizing figures in sports. He was an owner who wanted to win at all costs and was willing to open his checkbook to do so, but he was also meddler who made his managers' lives difficult. For example, he hired and fired Billy Martin five times.

Some critics said that Steinbrenner's well-known excessive free agency spending (Catfish Hunter and Reggie Jackson) adversely affected competitive balance in baseball. His staunch defenders said that Steinbrenner was simply playing within the rules and that the Yankees sent millions of dollars in revenue sharing to other less financially fortunate baseball teams.

Either way, Steinbrenner is one of the most successful owners in sports history. He took over the Yankees in 1973 and in the ensuing three decades, won seven World Series and 11 American League pennants. Along the way, he overcame a ban, a Larry David impersonation for the ages and his own impatience to become the face of baseball's most iconic franchise.

Here's a look at Steinbrenner through the years. 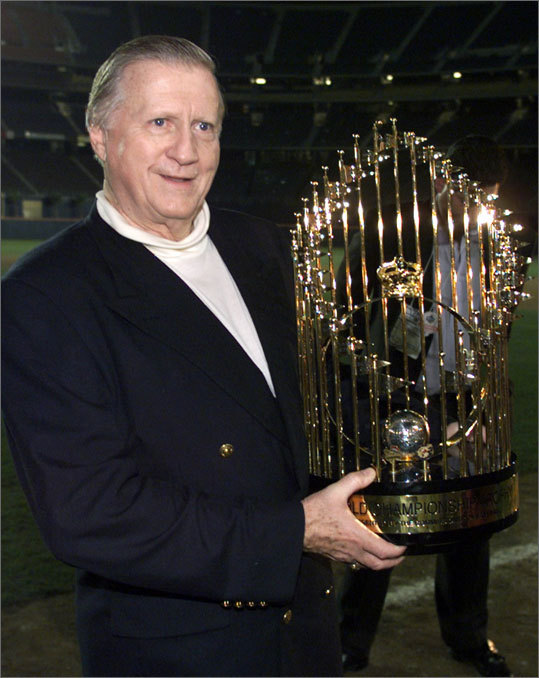