How can we buck this trend? 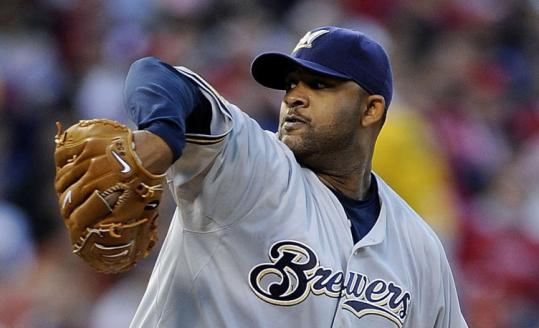 The year was 1966. I was the ecstatic winner of a dorm lottery for a ticket to the seventh game of the NBA Finals between the Celtics and the Lakers. I still have the stub to a perfectly fine seat in the loge behind the basket. The ticket cost $3.

The year was 1977. Bill Campbell, the ballyhooed offseason free agent signee (four years at an unheard-of $1 million), had blown his first save opportunity, on Opening Day to the Indians, and the next day someone held up the following sign: SELL CAMPBELL, BRING BACK $1.50 BLEACHERS.

The year was 1981. Larry Bird had established himself as a nightly treasure. The top ticket price for a Celtics game was $12, and I remember thinking, "I bet they could push it and go for 20 bucks. People might be willing to do that."

There really was a time when professional sports were affordable and democratic. It was not necessary for the average person to be wealthy, connected, or fiscally irresponsible to attend a playoff game, never mind something in the regular season.

When the Celtics' schedule came out, my basketball-loving friends and I would pick out the 76ers games and the Lakers games and we would buy $2 tickets in the second balcony. Money for a ride on the Green Line and a buck for a coke and maybe a hot dog were all the extra cash you'd need in the mid-'60s.

You know where I'm going. In the midst of the worst economic times in seven decades, when every day there is another horror story involving layoffs, firings, cutbacks, and the disappearance of retirement nest eggs, people have a $161 million contract for a portly pitcher thrown in their faces. Yes, CC Sabathia is, by all accounts, a nice person and a worthy recipient of good fortune, but that much good fortune, and now?

Do we have a right to be angry or repulsed? Or should we just laugh it up because it's the Yankees we're talking about and move on? Or what?

As always, context and timing matter. Boom times create one kind of response and hard times create another. There's nothing new here. Babe Ruth's salary peaked at $80,000 in 1930, right at the outset of the Great Depression. A lot of people were morally offended about that, and one day it was pointed out to him that he was making more money than Herbert Hoover, whose mailing address was 1600 Pennsylvania Avenue.

"I know, but I had a better year than Hoover," Ruth pointed out, and that was pretty much the end of the discussion. Of course, The Babe's approval rating was considerably better than the hapless president's.

CC isn't The Babe, although the Bush-Hoover analogy has some merit. But the big southpaw is represented by the ham-handed Scott Boras, whose blind fidelity to his baseball clients sometimes leads him to make indefensibly arrogant and infuriating statements. Get back to me if you can unearth any Boras comment this week acknowledging the frightening economic times we live in. All he ever talks about is how much revenue there is in baseball and how deserving his clients are. He doesn't understand that sometimes we don't need to hear that.

The question I've been wrestling with the last 35 years is how did we get where we are? How did we get from $50,000 being a nice salary for a ballplayer to $100,000 to $500,000 to a million to $10 million to CC and A-Rod? Is it as simple as the fact that we love our games so much that we just kept paying and paying and paying for the "privilege" of watching them all play, and as time went on, found ourselves unable to wean ourselves away from the experience?

You can understand that mentality in basketball or hockey if what you are seeing is an Orr or Bird or Gretzky or Jordan. Astonishing, captivating virtuosos capable of showing you something dramatically new every once in a while are worth paying a little extra to see. But how much extra? The answer, of course, is that it's a capitalist system. So it's "whatever the market will bear," right?

Baseball and football are different. With very rare exceptions, teams, not individuals, are the issue. The greatest Patriot before Tom Brady showed up was John Hannah, and don't tell me anyone ever bought a ticket specifically to see him. You can't invest your hopes in a baseball player who might go 0 for 4. Roger or Pedro at their peaks? I'll give you that. But it's still different. If Bird had 45 and the Celtics lost, you had something to hang your hat on. Papi going 3 for 4 with a solo dinger in an 8-3 loss isn't the same.

So in a sense, we're all enablers. I've been a Red Sox season ticket-holder since 1991, and my tickets have risen from $10 per to $45, and since I'm still paying, I'm guilty. But there is something else going on.

What has changed sport more than anything is the hijacking of the basic experience by forces that have nothing to do with the average fan. The most insidious thing that has happened to sport in my lifetime is the luxury box, a concept introduced by Judge Roy Hofheinz when he presided over the construction of the Astrodome. Prior to this, the rich and pampered simply had better seats, down close to the action, on the 50-yard line, or whatever. We all accepted that.

Thanks to the Astrodome, the rich were able to separate from us, to be served in a new, ludicrous fashion. All modern arena and stadium construction is driven by luxury boxes and so-called "premium seating." Throw in all the stupid marketing - is there anything less useful than the "naming rights" to a building or stadium? - and there you have a great preponderance of the revenue that allows teams to pay the bloated salaries of the day.

Oh, sure, TV money is vitally important and it's another major contributor to the pot. But the radical change in how sports operate is the complete sellout to the moneyed class, the people who need a luxury box to attend a game, rather than a simple ticket, not to mention the people who want to be seen so badly they'll pay $1,000 just to sit on the floor of an NBA game (returning midway through the third quarter after spending halftime in the VIP room).

I'm not sure this will affect your opinion of CC Sabathia's $161 million, but I thought it was a good opportunity to vent.

Correction: Because of a reporting error, the agent for pitcher CC Sabathia was incorrect in a column about salaries in baseball in the Dec. 12 Sports section. Sabathia's agent is Greg Genske.