THIS STORY HAS BEEN FORMATTED FOR EASY PRINTING
Swimming

Austria's Rogan can't wait to get out of pool 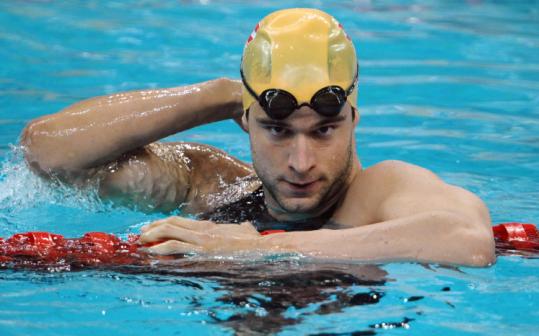 BEIJING - Austria's Markus Rogan is determined to win another Olympic medal this week, in a sport he says he hates.

Rogan, the 100- and 200-meter backstroke silver medalist in Athens four years ago, said training was so dull he did not know if he could take much more of it.

"I really don't like swimming, it's terrible," Rogan said. "You have to do something else. Sure, I'm here to win another Olympic medal, but I get really bored of it."

The four-time European champion has been using every means possible to liven up his practice sessions, including basketball drills and jumping exercises.

"I don't think it helps, but it gets me away from the monotony of swimming," added the 26-year-old, whose girlfriend is a former Miss Austria.

"You can't swim forever or you'll get sick in your head. You're like a male bee, they live for one moment, then they die. You only get recognition every four years."

Rogan had a disappointing start to the Beijing Games when he missed the 100 backstroke final by 0.04 seconds.

Asked when he planned to call time on his swimming career, Rogan joked: "In about three days." (Reuters)