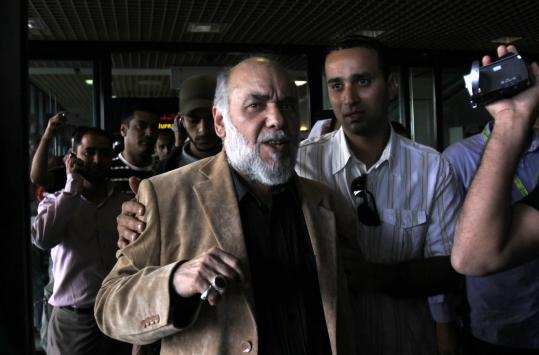 CAIRO — A special military court in Bahrain convicted 21 mostly Shi’ite activists yesterday on charges of conspiring to overthrow the government during street demonstrations this year, sentencing eight to life in prison and the others to terms of up to 15 years.

Ibrahim Sharif, a secular Muslim who was the only Sunni among the defendants, received a relatively short sentence of five years.

The monarchy has accused the men of conspiring with the Shi’ite government of its increasingly powerful neighbor, Iran.

A government spokesman, Luma E. Bashmi, released a statement saying the defendants had brought the country “to the brink of total anarchy’’ and that the long terms were sending the message that “law and order will be preserved and therefore reassuring the majority of the population of Bahrain that their security will not be allowed to be compromised by violence or attempts to overthrow the regime or by the calling for the establishment of an Islamic Republic.’’

Of the 21 sentences, seven were handed down in absentia, mostly to men thought to be in Britain. One, Ali Mushaima, 28, has been living in Britain in 2006; his father, the opposition leader Hasan Mushaima, was among those sentenced to life.

After the sentencing, police fired tear gas to stop marchers in Manama from reaching a central section of the city, Pearl Square, in one of the first demonstrations in months, the Associated Press reported, citing witnesses.

In the courtroom in Manama, the capital, the defendants pumped fists in the air and shouted “peacefully,’’ a mantra from the protests, as guards dragged them away, according to witnesses who gave their accounts to Reuters.

The protests broke out in the spring, as members of Bahrain’s Shi’ite majority, inspired by the Tunisian and Egyptian revolutions, mounted demonstrations to accuse the Sunni monarchy of discrimination in housing, education, and employment, and call for justice. Sheik Hamad bin Isa Al Khalifa responded with a crackdown in which more than 30 demonstrators were killed, according to human rights groups. In mid-March, he decreed a state of emergency and tamped down the protests with the aid of troops from Saudi Arabia and the United Arab Emirates.

But human rights organizations condemned the proceedings as being purely political.

The king, who has called for dialogue and reconciliation, ended the country’s state of emergency on June 1, but the situation remains tense, with security checkpoints and a heavy police presence around the country.