US defenses not fully in place 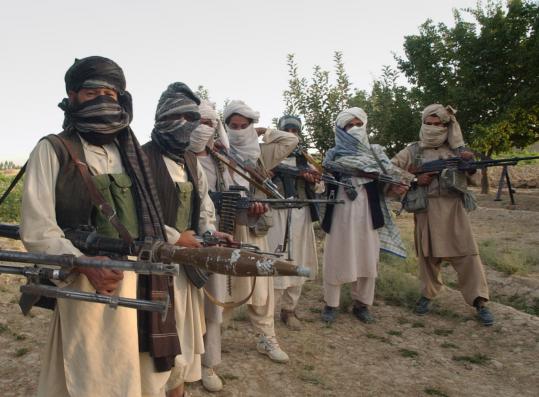 KABUL, Afghanistan - The Taliban insurgents who attacked a remote American-run outpost near the Pakistan border on Sunday numbered nearly 200 fighters, almost three times the size of the allied force, and some breached the NATO compound in a coordinated assault that took the defenders by surprise, Western officials said yesterday.

The attackers were driven back in a pitched four-hour battle, and they appeared to suffer scores of dead and wounded of their own, but the toll they inflicted was sobering. The base and a nearby observation post were held by just 45 American troops and 25 Afghan soldiers, two senior allied officials said, asking for anonymity while an investigation is underway.

With nine Americans dead and at least 15 injured, that means that one in five of the American defenders was killed and nearly half the remainder were wounded. Four Afghan soldiers were also wounded.

American and Afghan forces started building the makeshift base last week, and its defenses were not fully in place, one of the senior allied officials said. In some places, troops were using their vehicles as barriers against insurgents.

The militants apparently detected the vulnerability and moved quickly to exploit it in a predawn assault in which they attacked from two directions, American officials said.

It was the first time insurgents had partly breached any of the three dozen outposts that American and Afghan forces operate jointly across the country, according to a Western official who insisted on anonymity in providing details of the operation.

The surprise attack underscored the vulnerability of American forces in Afghanistan, which are increasingly stretched thin as they are dispatched to far-flung and often isolated mountainous outposts with their Afghan allies.

The United States now has about 32,000 troops in Afghanistan, about one-fifth the number in Iraq, even though Afghanistan is about 50 percent larger than Iraq.

American commanders and NATO military officials said the assault had also reflected boldness among insurgents who had benefited from new bases in neighboring Pakistan.

It underscored the deteriorating situation in Afghanistan, where war casualties have jumped this year, and where American commanders have said repeatedly that their force is undermanned.

The fact that the base, on the western side of Kunar Province, was manned by just 70 soldiers was first reported Monday by The Los Angeles Times. The death toll amounted to the worst single loss for the American military in Afghanistan since June 2005 and one of the worst since the Taliban and their Qaeda associates were routed in late 2001.

American and Afghan soldiers inside the base were hit by flying fragments from bullets, grenades and mortars that insurgents fired from houses, shops, and a mosque in a village within a few hundred yards of the base, several officials said.

At the lightly fortified observation post nearby, American soldiers came under heavy fire from militants streaming through farmland under the cover of darkness. Most of the American casualties took place there, a senior American military official said.

But the insurgents made it so far that a few of their corpses were found inside the base's earthen barriers, and others were lying around it, Tamim Nuristani, a former governor in the region, said after talking to officials in the district.

The attack was unusually bold. Taliban guerrillas and other militants in Afghanistan rarely attack better-armed allied forces head on, preferring suicide bombs and hit-and-run ambushes against foot patrols and convoys. But they have made occasional attempts to overrun lightly manned or otherwise vulnerable outposts.

"Quite clearly they wanted to overrun the outpost," the Western official said of the insurgents. "It was a well-planned surprise attack."

The United States and Afghanistan have been establishing dozens of the military outposts, often in remote areas controlled by the Taliban or their allies. "We're looking at places to stop the flow of insurgents and establish relations with the local tribes," a senior American military official said.

Allied and American officials said the attack began at 4:30 a.m. Sunday. Fighters who had infiltrated the hamlet of Wanat overnight and ordered the villagers to leave opened fire on the outpost from the west and southwest.