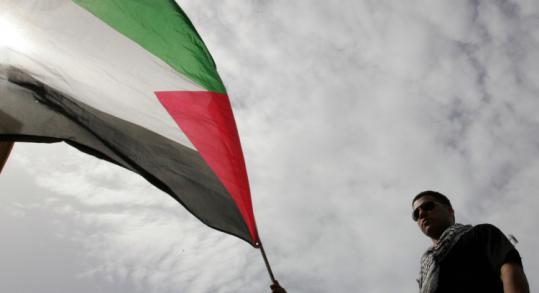 JERUSALEM - As the State of Israel toasts its 60th anniversary in the coming weeks, rejoicing in Jewish national rebirth and democratic values, the Arabs who make up 20 percent of its citizenry will not be celebrating. Better off and better integrated than ever in their history, freer than the vast majority of other Arabs, Israel's 1.3 million Arab citizens are still far less well off than Israeli Jews and feel increasingly unwanted.

Tomorrow, which is Independence Day, thousands will gather in their former villages to protest what they have come to call the "nakba," or catastrophe, meaning Israel's birth. For most Israelis, Jewish identity is central to the nation, the reason they are proud to live here, the link they feel with history. But Israeli Arabs, including the most successfully integrated ones, say a new identity must be found for the country's long-term survival.

"I am not a Jew," protested Eman Kassem-Sliman, an Arab radio journalist with impeccable Hebrew, whose children attend a predominantly Jewish school in Jerusalem. "How can I belong to a Jewish state? If they define this as a Jewish state, they deny that I am here."

The clash between the cherished heritage of the majority and the hopes of the minority is more than friction. Even more today than during the huge half-century festivities a decade ago, the left and the right increasingly see Israeli Arabs as one of the central challenges for Israel's future - one intractably bound to the search for an overall settlement between Jews and Arabs. Jews fear ultimately losing the demographic battle to Arabs, both inside Israel and in the larger territory the nation controls.

Most say that while an end to its Jewish identify means an end to Israel, equally, failure to instill in Arab citizens a sense of belonging is dangerous as Arabs promote the idea that, 60 years or no 60 years, Israel is a passing phenomenon.

"I want to convince the Jewish people that having a Jewish state is bad for them," said Abir Kopty, an advocate for Israeli Arabs.

Land is an especially sore point. Across Israel, especially in the north, are the remains of dozens of partly unused Palestinian villages, scars on the landscape from the conflict that gave birth to the country in 1948.

Yet some original inhabitants and their descendants, all Israeli Arab citizens, live in packed towns and villages, often next to the old villages, and are barred from resettling them while Jewish communities around them are urged to expand.

A Palestinian state is widely seen as a potential solution to tensions with the Palestinians of Gaza and the West Bank, but any deep conflict with Israel's own Arab citizens could prove much more complex.

Antagonism runs both ways. Many Israeli Arabs express solidarity with their Palestinian brethren under occupation, while others praise Hezbollah, the anti-Israel group in Lebanon.

Meanwhile, several right-wing rabbis have issued rulings forbidding Jews from renting apartments to Arabs or employing them. And a majority of Jews, according to polls, favor a transfer of Arabs out of Israel as part of a two-state solution, a view that a decade ago was thought extreme.

Arabs reject that idea partly because they prefer the certainty of an imperfect Israeli democracy to whatever system might evolve in a shaky Palestinian state. That is part of the paradox of the Israeli Arabs. Their anger has grown, but so has their sense of belonging.

The anxious and recriminating rhetoric on both sides may give a false impression of constant tension. There is a real level of Jewish-Arab coexistence in many places, and the government has recently committed itself to affirmative action for Arabs in education, infrastructure, and government employment.

"We know that they need more land, that their children need a place to live," said Raanan Dinur, director-general of the prime minister's office.

"We are working on building a new Arab city in the north. Our main goal is to take what are today two economies and integrate them" he said.

For many Israelis, the challenge posed by the Arabs cannot be separated from what they see as the risks in the region - the increased influence of Iran, the growth of Islamic radicalism, and the concern that another war in Lebanon or Gaza is not far away.

Michael Oren, a senior fellow at the Shalem Institute, a research group in Jerusalem, said that when the army prepares for war, it includes in the plan how to handle the possibility of Israeli Arabs rising up against the state.

Many also believe - and Jews and Arabs seem to agree - that without a solution to the Palestinian dispute over the West Bank and Gaza, internal tensions will not abate.

And given the pessimism about the peace talks with the Palestinians, the forecast does not look bright.