THIS STORY HAS BEEN FORMATTED FOR EASY PRINTING
CATASTROPHE IN HAITI

‘No more strength to cry’

Lives ebb in the streets, with medical system overwhelmed

PORT-AU-PRINCE, Haiti - They arrived at the hospital bloodied and bandaged, on slabs of wood, on the backs of pickup trucks or carried in weary arms. Under the searing sun, the injured or dying lay yesterday on a garbage-strewn street waiting desperately for care.

Ritha Carelus, 14, lay among them in the street, under a stained white-and-yellow checked sheet, three days after her father, Elinord, pulled her from the rubble of her collapsed high school. “Papa,’’ she had called to him beneath the wreckage. “I’m not dead yet.’’

He had rushed her to a makeshift clinic set up by Trinity Hospital, carrying her on a mattress. But yesterday, he became increasingly frantic as Ritha grew weaker from blood loss, and a bone protruded through the skin of one leg.

The scene in front of the hospital reflects a medical system in Haiti that is overwhelmed after Tuesday’s earthquake. Even as medical teams from New England and elsewhere stream into this devastated nation, concerns mounted about the lack of emergency care, along with food and water.

Scores of hospitals and clinics throughout the capital are flattened or damaged, and many quake victims are left to die in the streets.

The Trinity hospital, run by Doctors Without Borders in the capital’s Delmas section, was nearly destroyed, forcing the staff to erect the clinic in a private house across the street. But the injured filled the driveway of the house and flowed outside onto the street.

A small boy and a man lay dead. On Thursday, dozens of bodies were taken away in a dump truck.

Yesterday, clinic staffers could be seen treating several patients inside the gate, but the line outside never seemed to get any shorter.

Hassan Maiyaki, a hospital administrator, said they were badly understaffed. The three-story hospital, now collapsed to two stories, had housed 62 beds and three operating rooms - one of which was visible through a downed wall.

“We asked for help, but we’re waiting for the planes to come in,’’ he said. “It pains me very much. For three days, I’m here and I’m seeing people dying. What I feel is more than catastrophic. I don’t have the words for it. We need help, all kinds of help.’’

The race for medical care unfolded on Delmas 19, a residential street of concrete houses and bougainvillea trees, now strewn with discarded soda bottles, surgical masks, and latex gloves. The injured and their families waited all day and all night, sometimes going home and returning at dawn. They built patchwork tents using tarps, sticks, and concrete blocks to shield themselves from the sun.

In the absence of doctors, families took care of one another, waving away flies, whispering words of comfort and dispensing sips of water from plastic bottles.

Jean Herard, a 39-year-old carpenter, carried his son Jeleson, 12, in his arms and gently placed him at the iron gate to the driveway, where patients in hospital gowns sat on thin cushions, IVs dangling from poles stuck into buckets. Jeleson, dressed in a yellow shirt and his underwear, had a broken leg and his head was wrapped in a bandage.

“He’s getting worse,’’ Herard said, as his son sat on a thin towel with his sister Vadeline, 14, propping up his head.

Some victims were alone, so others waiting in line or just passing by stopped to help them.

Marie Therése Sintil, a 52-year-old street vendor, fed crackers to a gaunt little girl with long eyelashes who lay on a dirty white towel. Nobody knew her name, and she did not speak. She looked about 2 years old, and they believed she was an orphan.

“She has nobody,’’ said Sintil, who was here with her 50-year-old brother, Queto, whose feet were crushed.

Sintil said she was appalled by the lack of care for the poor. Some of those injured had suffered intense pain for so long that they no longer cried.

“I’ve never seen this in my life,’’ she said. “Everybody’s sick. Everybody’s bad. You don’t hear any more noise because you have no more strength to cry.’’

Down the street, a man in a blue polo shirt trembled uncontrollably in a bloodstained sheet, with only a cardboard box for cover.

Next to him, a 10-year-old Rony Trazil, his face caked in blood, also lay alone on a folded-up plastic table, wearing a blue and white checked shirt. It was unclear who had brought him here, but as strangers gathered around him, he told them his address and telephone number.

They realized that he lived nearby, and someone raced to find his family. In seconds, his brother, Kesnel Trazil, a 35-year-old teacher, came running and collapsed with a shriek when he saw his brother. Before long, the rest of Rony’s family arrived. “You’ll be OK,’’ his father, Lenord, said. “You’re in your father’s hands.’’

In his family’s embrace, the boy started to cry, saying he wanted a bath. They tenderly removed his bloodied clothes and dressed him in a red shirt and pants. His sister climbed underneath him, to cushion his small body.

They removed a scarf over the back of his head, revealing a large hole in his skull.

When it became clear that no doctor was coming, his brother gathered Rony in his arms and decided to search elsewhere for medical attention. 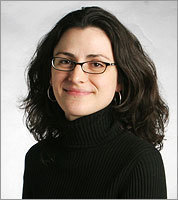