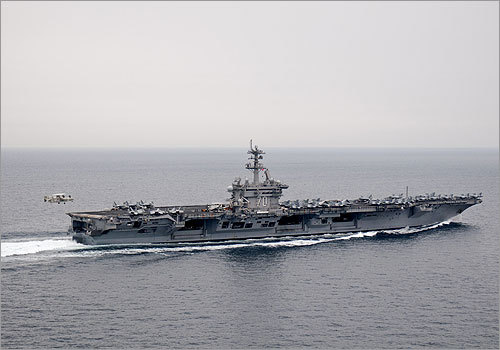 US forces administered Muslim religious rites for Osama bin Laden aboard the aircraft carrier USS Carl Vinson on Monday in the Arabian Sea after the raid Sunday that killed the Al Qaeda leader.

A US spokesman said bin Laden's body was washed, wrapped in a white sheet, placed in a weighted bag and eased into the sea after a 50-minute ceremony.