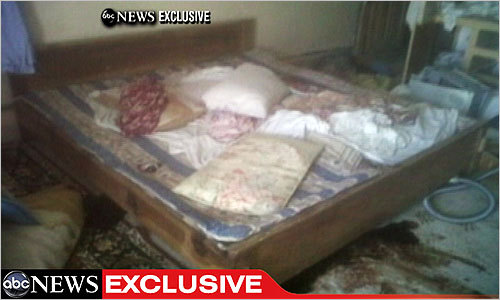 Counterterrorism adviser John Brennan said that by 3:50 p.m. the president was given word that bin Laden was "tentatively identified" as among those killed in the operation. He described the mood in the White House situation room at the time as "tense."

This video frame from ABC News shows a section of a room in the interior of the compound where bin Laden was killed.