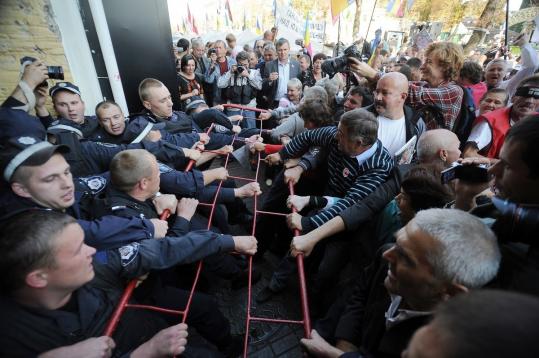 Prosecutor Liliya Frolova also asked Judge Rodion Kireyev to bar Tymoshenko from occupying government posts for three years and fine her $190,000 for the alleged damages she caused the state energy company Naftogaz, said Natasha Lysova, a spokeswoman for Tymoshenko. Prosecutors were not available for comment.

Tymoshenko stands accused of violating legal procedures when concluding the gas agreement with Moscow at a price prosecutors believe was inflated. She maintains her innocence and says the trial is an attempt by her longtime enemy, President Viktor Yanukovych, to bar her from upcoming elections as a convicted felon.

Tymoshenko was jailed during her trial on Aug. 5 on charges of contempt of court.