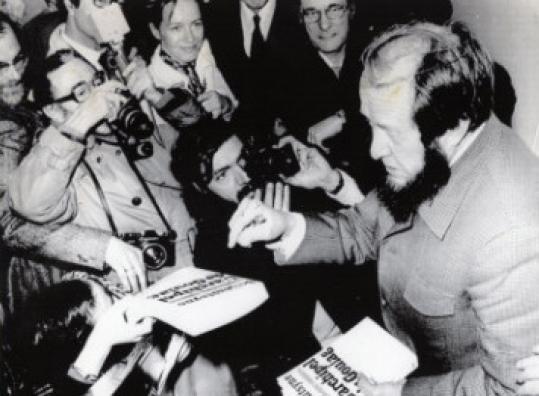 MOSCOW - Russia has made a once-banned book recounting the brutality and despair of the Soviet Gulag required reading in the country’s schools.

The Education Ministry said excerpts of Alexander Solzhenitsyn’s 1973 epic “The Gulag Archipelago’’ have been added to the curriculum for high-school students. The three-volume book was banned by Soviet censors, sparking Solzhenitsyn’s retreat into exile.

The decision announced yesterday was taken because of “the vital historical and cultural heritage on the course of 20th-century domestic history’’ contained in Solzhenitsyn’s work, the ministry said. The move comes despite Russian moves over the past decade to restore some Soviet symbols and, liberals say, glorify Soviet dictator Josef Stalin.

It was not clear whether the addition of the book would apply to the academic year that began Sept. 1.

It is thought more than a million Russians perished in the Gulag, a sprawling network of secret prison and labor camps created by Soviet leader Vladimir Lenin and expanded by Stalin.

“The Gulag Archipelago’’ was published in the West in 1973, and circulated in the Soviet Union via amateur publishing houses thereafter.