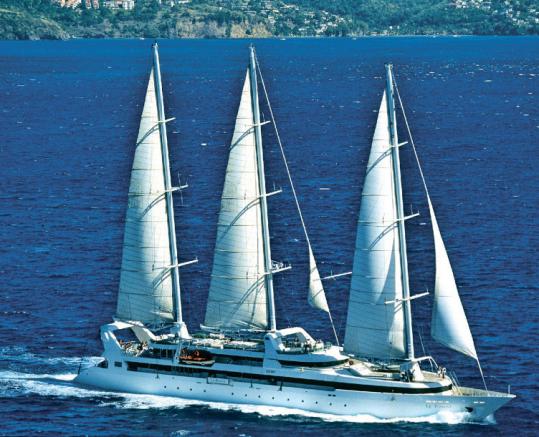 PARIS - Pirates yesterday seized control of a French luxury yacht carrying 30 crew members off the coast of Somalia, the French government and the ship's owner said.

Attackers stormed the 288-foot "Le Ponant" as it returned without passengers from the Seychelles, in the Indian Ocean, toward the Mediterranean Sea, said officials with French maritime transport company CMA-CGM.

"The Defense and Foreign Ministries are mobilized to act as quickly as possible, I hope in the coming minutes or hours to try to win the freedom of these hostages," Prime Minister Francois Fillon told reporters while on a visit to Brussels. He did not elaborate.

France has considerable military resources in the region, including a base in Djibouti and a naval flotilla circulating in the Indian Ocean.

The ship was in the high seas in the Gulf of Aden, off the coast of Somalia in the Indian Ocean, the French Foreign Ministry said. At least some of the crew members are French, it said.

The company did not want to comment further for fear of endangering the hostages, he said.

According to the company's website, the three-mast boat has four decks, two restaurants, and indoor and outdoor luxury lounges. It can hold up to 64 passengers.

Le Ponant was next scheduled to carry passengers as part of a 10-day, 7-night trip from Alexandria, Egypt, to Valletta, Malta, starting April 19.

Prices started at $3,465, not including airfare or taxes.

The US Navy has led international patrols to try to combat piracy in the region.

Wracked by more than a decade of violence and anarchy, Somalia does not have its own navy, and a transitional government formed in 2004 with UN help has struggled to assert control.