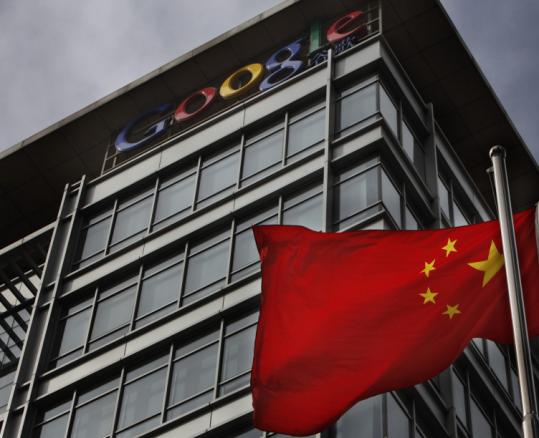 WASHINGTON — A cache of a quarter-million confidential US diplomatic cables, most of them from the past three years, provides an unprecedented look at back room bargaining by embassies around the world, brutally candid views of foreign leaders, and frank assessments of nuclear and terrorist threats.

Some of the cables, made available to The New York Times and several other news organizations, were written as recently as late February, revealing the Obama administration’s exchanges over crises and conflicts. The material was originally obtained by WikiLeaks, an organization devoted to revealing secret documents. WikiLeaks posted the first installment of the archive on its website yesterday.

The disclosure of the cables is sending shudders through the diplomatic establishment and could strain relations with some countries, influencing international affairs in ways that are impossible to predict.

Secretary of State Hillary Rodham Clinton and US ambassadors around the world have been contacting foreign officials in recent days to alert them to the expected disclosures. A statement from the White House yesterday said: “We condemn in the strongest terms the unauthorized disclosure of classified documents and sensitive national security information.

“President Obama supports responsible, accountable, and open government at home and around the world, but this reckless and dangerous action runs counter to that goal. By releasing stolen and classified documents, WikiLeaks has put at risk not only the cause of human rights but also the lives and work of these individuals.’’

The cables, a huge sampling of the daily traffic between the State Department and some 270 embassies and consulates, amount to a secret chronicle of US relations with the world in an age of war and terrorism. Among their revelations, to be detailed in coming days:

■ A dangerous standoff with Pakistan over nuclear fuel: Since 2007, the United States has mounted a highly secret effort, so far unsuccessful, to remove from a Pakistani research reactor highly enriched uranium that US officials fear could be diverted for use in an illicit nuclear device. In May 2009, Ambassador Anne Patterson reported that Pakistan was refusing to schedule a visit by US technical experts because, as a Pakistani official said, “if the local media got word of the fuel removal, ‘they certainly would portray it as the United States taking Pakistan’s nuclear weapons,’ he argued.’’

■ Planning for an eventual collapse of North Korea: US and South Korean officials have discussed the prospects for a unified Korea, should the North’s economic troubles and political transition lead the state to implode. The South Koreans even considered commercial inducements to China, according to the US ambassador to Seoul. She told Washington in February that South Korean officials believe the right business deals would “help salve’’ China’s “concerns about living with a reunified Korea’’ that is in a “benign alliance’’ with the United States.

■ Bargaining to empty the Guantanamo Bay prison: When US diplomats pressed other countries to resettle detainees, they became reluctant players in a State Department version of “Let’s Make a Deal.’’ Slovenia was told to take a prisoner if it wanted to meet with Obama, while the island nation of Kiribati was offered incentives worth millions of dollars to take in Chinese Muslim detainees, cables from diplomats recounted.

■ Suspicions of corruption in the Afghan government: When Afghanistan’s vice president visited the United Arab Emirates last year, local authorities working with the Drug Enforcement Administration discovered he was carrying $52 million in cash. A cable from the US Embassy in Kabul called the money “a significant amount’’ that the official, Ahmed Zia Massoud, “was ultimately allowed to keep without revealing the money’s origin or destination.’’ (Massoud denies taking any money out of Afghanistan.)

■ A global computer hacking effort: China’s Politburo directed the intrusion into Google’s computer systems in that country, a Chinese contact told the US Embassy in Beijing in January, one cable reported. The hacking was part of a coordinated campaign of computer sabotage carried out by government operatives, private security experts, and Internet outlaws recruited by the Chinese government. They have broken into US government computers and those of Western allies, the Dalai Lama, and US businesses since 2002, cables said.

■ Mixed records against terrorism: Saudi donors remain the chief financiers of Sunni militant groups like Al Qaeda, and the tiny Persian Gulf state of Qatar, a generous host to the US military for years, was the “worst in the region’’ in counterterrorism efforts, according to a State Department cable last December. Qatar’s security service was “hesitant to act against known terrorists out of concern for appearing to be aligned with the United States and provoking reprisals,’’ the cable said.

The 251,287 cables, first acquired by WikiLeaks, were provided to the Times by an intermediary on the condition of anonymity. Many are unclassified, and none are marked “top secret,’’ the government’s most secure communications status. But some 11,000 are classified “secret,’’ 9,000 are labeled “noforn,’’ shorthand for material considered too delicate to be shared with any foreign government, and 4,000 are designated both secret and noforn.

Many more cables name diplomats’ confidential sources, from foreign legislators and military officers to human rights activists and journalists, often with a warning to Washington: “Please protect’’ or “Strictly protect.’’

The Times has withheld from articles and removed from documents it is posting online the names of some people who spoke privately to diplomats and might be at risk if they were publicly identified. The Times is also withholding some passages or entire cables whose disclosure could compromise US intelligence efforts.

The cables show that nearly a decade after the attacks of Sept. 11, 2001, the dark shadow of terrorism still dominates the United States’ relations with the world. They depict the Obama administration struggling to sort out which Pakistanis are trustworthy partners against Al Qaeda, adding Australians who have disappeared in the Middle East to terrorist watch lists, and assessing whether a lurking rickshaw driver in Lahore, Pakistan, was awaiting fares or conducting surveillance of the road to the US Consulate.

They show US officials managing relations with a China on the rise and a Russia retreating from democracy. They document years of painstaking effort to prevent Iran from building a nuclear weapon — and of worry about a possible Israeli strike on Iran with the same goal.

Even when they recount events that are already known, the cables offer remarkable details.

For instance, it has been previously reported that the Yemeni government has sought to cover up the US role in missile strikes against the local branch of Al Qaeda. But a cable’s fly-on-the-wall account of a January meeting between the Yemeni president, Ali Abdullah Saleh, and General David Petraeus, then the US commander in the Middle East, is nonetheless breathtaking.

“We’ll continue saying the bombs are ours, not yours,’’ Saleh said, according to the cable sent by the US ambassador, prompting Yemen’s deputy prime minister to “joke that he had just ‘lied’ by telling Parliament’’ that Yemeni forces had carried out the strikes.

The cables also disclose frank comments behind closed doors. Dispatches from early this year, for instance, quote the aging monarch of Saudi Arabia, King Abdullah, as speaking scathingly about the leaders of Iraq and Pakistan.

Speaking to another Iraqi official about Nouri al-Maliki, the Iraqi prime minister, King Abdullah said, “You and Iraq are in my heart, but that man is not.’’ The king called President Asif Ali Zardari of Pakistan the greatest obstacle to that country’s progress. “When the head is rotten,’’ he said, “it affects the whole body.’’