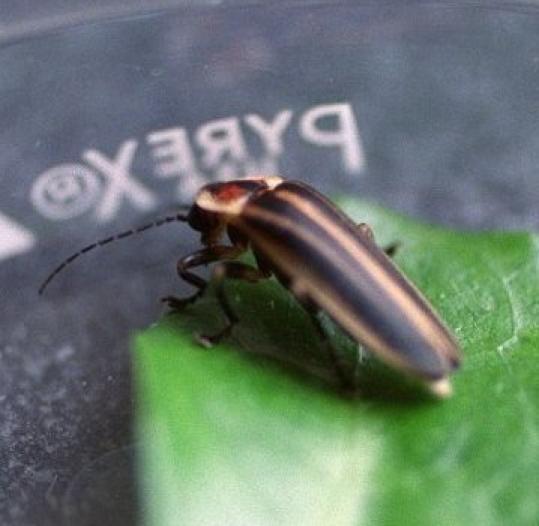 Like many creatures, fireflies appear to be suffering from the worldwide destruction, degradation, and fragmentation of habitats.
By Seth Mydans International Herald Tribune / November 21, 2008
Text size – +

BAN LOMTUAN, Thailand - Thousands of fireflies fill the branches of trees along the Mae Klong River, flashing on and off in unison - relentless and silent, two times a second, deep into the night.

The fireflies, all males, sit on the tips of the leaves and synchronize their flashes into a single mating call - and then continue without a pause as if they were driven by an invisible motor.

"It's one of the most amazing things you'll ever see," said Sara Lewis, a professor of biology at Tufts University. Evolutionary biologists have studied synchronous flashing for 200 years, she said, and it remains a mystery.

In recent years, these pulsating trees have drawn visitors on firefly-watching tours, particularly in Thailand and Malaysia. But the traffic of motorboats and the riverbank development they have attracted seem to be driving the fireflies away.

This retreat is part of a broader problem that is drawing new attention from scientists: Here and there around the world, it seems, firefly populations are disappearing.

"It's only recently that we are having these questions," said Christopher Cratsley, a firefly specialist at Fitchburg State College. "Where are they going? Why? What's happening to them?"

Like many creatures, from orangutans to salmon, the fireflies appear to be suffering from the worldwide destruction, degradation, and fragmentation of their habitats as human development spreads.

Unlike most others, they also face a threat that is as ephemeral as their tiny flashes: light pollution, the same blurring of the skies that has made it difficult, in much of the modern world, to see stars clearly.

Male fireflies flash to attract females, and, when a female winks back, the two can meet and mate. Light from buildings or urban development - or even reflected off low-lying clouds on a dark night - can blind or distract them.

"Anyone with a bright flashlight or a set of headlights that sweeps through will make them get off rhythm for a while, and then they get back," said Lynn Frierson Faust, a firefly researcher from Knoxville, Tenn.

In controlled experiments with calibrated levels of light, the scientists say they have observed what they call "failure to mate" as the lights get brighter.

The scientists were here not long ago as part of the second annual symposium of firefly specialists - a small niche in the ecosystem of scientific specialties.

The symposiums were organized by Raphal De Cock, a firefly specialist at the University of Antwerp in Belgium, who has begun to map their populations in order to track their apparent decline.

"Where there used to be fireflies there are now big houses with garden lights," he said. "But we have only had surveys the last couple of years. Of course, no one was looking for fireflies - or glow worms - so we go with the information that we have."

The people who live along the Mae Klong River, an hour south of Bangkok, offer the kind of anecdotal evidence that has caused concern. A generation ago, they say, the flashing trees were so thick along the riverbank that they served almost as highway beacons for boaters in the night.

"The light from the fireflies helped us see the curves and junctions of those canals at night and helped us paddle through," said Klao Sakulnum, 68, who has lived here since she was a child.

Fishermen worked in their nighttime glow, said Pisit Ek Thaiprasert, 40, a firefly conservationist who lives nearby. Before electricity arrived, he said, villagers put fireflies in bottles to provide a dim light inside their mosquito nets - about as strong as the screen of a mobile phone.

Since then, he said, development and firefly tourism have reduced their population along this part of the river by two-thirds.

As they address the problems faced by the fireflies, scientists are working with a limited body of knowledge, Faust said.

"We're still at the level of trying to figure out how many species we have, what exactly they are, how to tell them apart."

The most common estimate is that there are about 2,000 species; new ones continue to be discovered. On the other hand, researchers have studied the flash patterns of some species with such precision that they can masquerade as a female.

On the last evening of the symposium, several scientists headed out in rowboats to see for themselves.

As they gazed up through the branches the scientists could see hundreds of twinkling pinpricks of light, and then beyond them millions more, spread out across the black sky as stars.