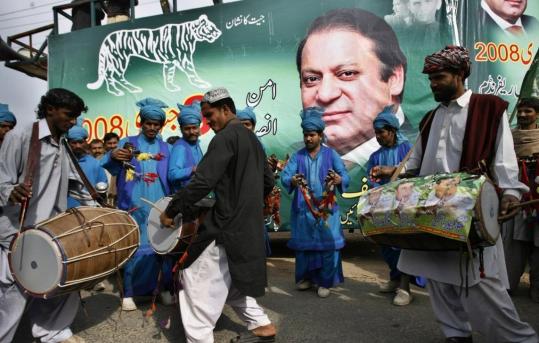 Those released, they say, are some of the nearly 500 Pakistanis presumed to have disappeared into the hands of the Pakistani intelligence agencies cooperating with Washington's fight against terrorism since 2001.

No official reason has been given for the releases, but as pressure has mounted to bring the cases into the courts, the government has decided to jettison some suspects and spare itself the embarrassment of having to reveal that people have been held on flimsy evidence in the secret system, its opponents say.

Interviews with lawyers and human rights officials here and a review of court records by The show how scraps of information have accumulated over recent months into a body of evidence of the detention system.

In one case, a suspect tied to the 2002 killing of the American journalist Daniel Pearl, but not charged, was dumped on a garbage heap, so thin and ill that he died 20 days later. He was arrested in South Africa several years ago.

In at least two other instances, detainees were handed over to the United States without extradition proceedings, Pakistani lawyers and human rights groups say.

"They are releasing them because these cases are being made public," said Shaukat Aziz Siddiqui, a lawyer who has taken up many cases of the missing. "They want to avoid the publicity."

In addition, human rights groups and lawyers here contend, the government has swept up at least 4,000 other Pakistanis, most Baluchi and Sindhi nationalists who have nothing to do with the US campaign against terrorism.

Human rights groups describe the disappearances as one of the grimmest aspects of Pervez Musharraf's presidency.

The decision denies Sharif a platform in Parliament to campaign against Musharraf, who ousted him in a 1999 coup. The commission, which was appointed by Musharraf, had not been expected to overturn the original decision by a local official to disqualify Sharif based on his alleged involvement in a corruption case, according to the Associated Press.