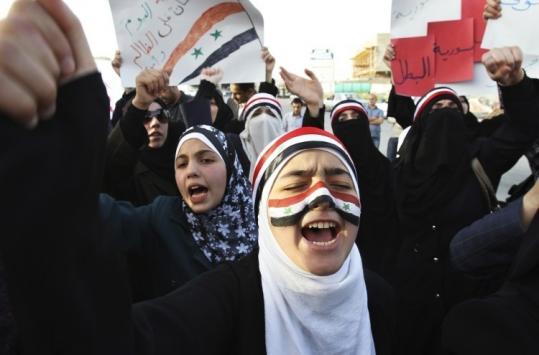 CAIRO — Egypt’s former prime minister and two other former Cabinet members were charged with corruption yesterday in the latest step in a campaign to bring officials of Hosni Mubarak’s toppled regime to justice for years of corruption, rights abuses, and other crimes.

Mubarak was forced to step down on Feb. 11 after massive protests against his three decades in power. One of the protesters’ chief complaints was the corruption that pervades the government, its bureaucracy, and virtually all levels of society.

Also driving the campaign to bring the former president and those connected to him to trial are concerns that remnants of the regime could maintain some influence.

Mubarak and his sons were placed in custody Wednesday for 15 days while they are investigated on corruption allegations and over the deaths of hundreds of protesters in the 18-day uprising.

The case involving his prime minister and the two other ex-Cabinet ministers centers on a deal with a German businessman. They are accused of granting him a contract to sell license plates in Egypt without opening up the deal to competitive bidding. The German businessman is also charged with corruption in the case.

Adly is already facing trial on other corruption charges. Egypt’s protest movement also wants to see him prosecuted for rights abuses carried out by the internal security forces that were under his control.

Boutros Ghali, who is outside the country, is a nephew of former UN secretary general Boutros Boutros-Ghali.

Nazif served as prime minister since 2004.

Mubarak has remained in a hospital in the Red Sea resort of Sharm el-Sheikh until he can be transferred to a military hospital. He was hospitalized with unspecified heart problems on Tuesday, the same day his questioning began.

A security official, speaking on condition of anonymity because he was not authorized to speak to the media, said the delay in transferring him is primarily related to ensuring Mubarak’s security.

Syria
Gunmen opened fire during a funeral for a slain antigovernment protester yesterday, killing at least three people on a day when tens of thousands of people took to the streets nationwide as part of an uprising against the country’s authoritarian regime, witnesses and activists said.

It was not immediately clear who was behind the shooting at the funeral near Homs.

In the past four weeks, Syrian security forces in uniforms and plainclothes have launched a deadly crackdown on demonstrations, killing at least 200 people, according to human rights groups. The government has blamed armed gangs looking to stir up unrest for many of the killings.

One witness said gunmen wearing black clothes opened fire at hundreds of people in the Talbiseh district in central Syria at a funeral for a protester who was killed Saturday. Other witnesses said they saw soldiers and security forces open fire, even shooting at homes and balconies.

Algeria
Six members of the Algerian security forces were killed yesterday in two nearly simultaneous attacks by suspected Islamist extremists. The attacks in the Boumerdes and Bouira regions east of Algiers came two days after at least 13 soldiers were killed as suspected insurgents attacked an army post. The media have put the death toll at 20.
Yemen
Security forces fired on antigovernment protesters in Sana, Yemen’s capital, yesterday as hundreds of thousands of marchers packed cities around the country to denounce the president and demand his ouster.