A major snowstorm was expected to hit the Boston area today and drop up to 9 inches of snow, but so far there are only slight flurries and rain. Meteorologists now say to expect less than 6 inches of snowfall in the Boston area, and for temperatures to drop from a high of 36 degrees to a low of 27 degrees. Also, the previous winter storm warning has been downgraded to an advisory.

Lucy McDermott of Boston walked her Labrador puppies Batman and Robin through Boston's Back Bay as the snow began to fall. 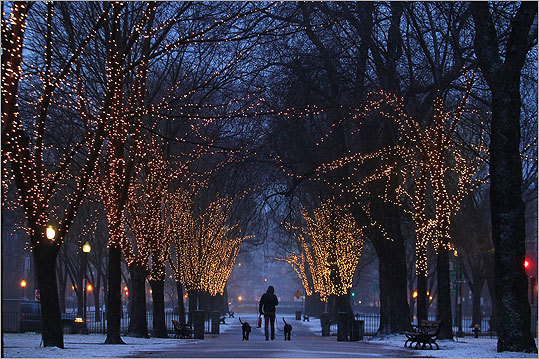