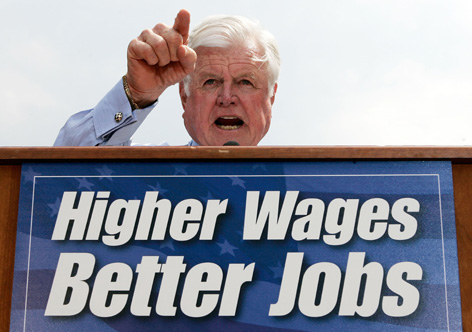 Ted Kennedy had a long list of bills that he wanted to get through the Senate, and he had spent decades mastering the multilayered negotiating

tactics needed to turn them into laws. § His high-powered staff, by the late 1990s, had become the body’s chief engine of legislation. It was like a school of government whose graduates included corporate leaders, senior White House aides, and a future Supreme Court justice, Stephen Breyer. § And by the start of 1997, Kennedy saw a chance to get Senate approval for one of his cherished goals: a new children’s healthcare program, funded by a hefty hike in the tobacco tax.