In the laboratory, rats are upstaging mice

The larger rodents are more like people than the smaller ones — with bigger brains, for one thing 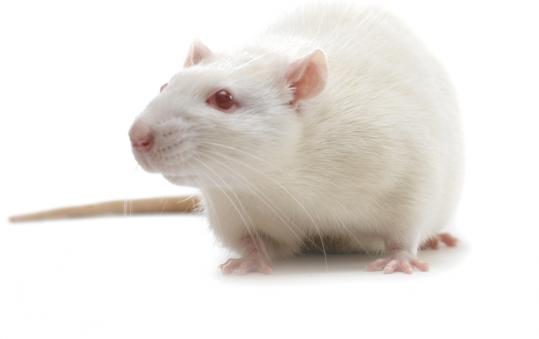 Rats can get more mental illnesses than mice. They metabolize drugs more like people do. Their heartbeats are more like ours.

Yet since 1989, mice — not rats — have been the lab animal of choice, because it wasn’t possible to manipulate the rat’s genome.

Scientific advances over the last three years have now made it feasible to easily tinker with rat genes, creating the possibility of far better models of certain human diseases, and potentially shortening the time it takes to develop medications.

“For a lot of applications, mice have been very good models, but in some areas, the mouse just fails to optimally model the diseases that we’re researching,’’ said Edward J. Weinstein, director of Sigma Advanced Genetic Engineering Labs (SAGE), in St. Louis, which, along with the Medical College of Wisconsin, invented one of the new approaches.

The Michael J. Fox Foundation has hired SAGE to develop a rat model of Parkinson’s disease, for instance, because mice do not exhibit the same symptoms as humans do, even when they have the same genetic damage. It’s too early to know for certain, but Weinstein said he thinks his company will be able to more closely mimic Parkinson’s in a rat than has been possible in a mouse.

Researchers are able to create these genetic changes by “knocking out’’ — or turning off — certain genes. If researchers know, for example, that many patients with Parkinson’s seem to be missing a particular gene, they can knock that gene out in an animal to see what happens when it’s gone.

While both rats and mice have similarities to humans, rats win out in key areas.

Their blood system is much more similar, with a heart that beats four times faster than a person’s, instead of the mouse’s six times faster. Rat brains are far more complex than mouse brains, making them more likely to exhibit the behaviors of Parkinson’s, Alzheimer’s, schizophrenia, and autism, among other disorders. Their liver enzymes are more similar so they metabolize drugs more like people do.

Rats are also simply larger, as are their cancerous tumors, making them easier to study and to operate on.

But these innovations won’t mean the end of the lab mouse.

“To what degree the rat will replace the mouse remains to be seen,’’ said Iva S. Morse, corporate vice president for research model services at Charles River Laboratories, a Wilmington company that started by breeding lab rats in 1947 and has become a major supplier of rodents for research.

Turning off rat genes is relatively new and untested, so it’s not yet clear how useful rats will be to medical research. Their size means scientists will have room for fewer animals — or will need to battle for more lab space to house them. Rats also eat more than mice and need more bedding material, so they cost more to maintain.

And researchers who are used to working with mice will be loath to make a switch, said Tyler Jacks, director of the Koch Institute for Integrative Cancer Research at MIT. Jacks said he will stick with mice because they are a reasonably good fit for the cancer research he conducts.

So much research has been done over the past two decades in mice that they will remain the dominant lab animal for genetic research, said Rudolf Jaenisch, a professor of biology at MIT and a member of the Whitehead Institute for Biomedical Research in Cambridge.

The main method for knocking out genes in mice, by changing the genetic material of embryonic stem cells, was long thought impossible in rats because their stem cells were transformed too quickly into other cells.

Then in August, Qi-Long Ying at the University of Southern California announced in the journal Nature that his team had figured out how to arrest rat embryonic stem cell development long enough to make the gene alterations. Ying’s work was cited this month as one of Science Magazine’s “breakthroughs of the year’’ for 2010.

Ying tested his method by knocking out the p53 gene in rats, a gene that is known to suppress tumor growth in humans. Many of the rats without this gene went on to develop liver tumors, Ying said, while mice with the same genetic deletion rarely do.

Knocking out the p53 gene in rats, which has been done using other methods, too, will also help the pharmaceutical industry test whether drugs they are developing might trigger cancer, said Dr. Eric M. Ostertag, chief executive of Transposagen Biopharmaceuticals, of Lexington, Ky.

Transposagen has created about 300 knockout rat models in the past three years, Ostertag said, primarily by mutating genes at random — a shotgun approach that allows the rapid creation of different varieties of rats, but little control of which genes are altered.

SAGE uses a third method, known as zinc fingers, in which synthetic proteins can be directed to different parts of the genome, snipping out desired bits of DNA.

This method is much more targeted than Transposagen’s approach and allows development of new varieties in as little as five months, compared with 12 to 18 months with the other methods, Weinstein said.

In addition to its work on Parkinson’s, SAGE has begun developing rat models of autism, diabetes, and Alzheimer’s disease, as well as models for transplantation research, Weinstein said.

All three methods have their strengths and weaknesses, and they will all probably continue to be used, said Michael V. Wiles, senior director of Technology Evaluation and Development at Jackson Laboratory, a nonprofit genetic research institute in Bar Harbor, Maine.

Jackson, known for its breeding of knockout mice and its mouse research, “is not working to make genetically modified rats by any method at this time,’’ Wiles said in an e-mail.

Regardless of the method used, the fact that gene knockouts are becoming routine in rats is a major advance, MIT’s Jacks said.

“One can’t assume that better models for neurodegenerative diseases [among others] will emerge through the application of this technology in rats — but they might,’’ Jacks said.

“And if they were to, it would be very important.’’