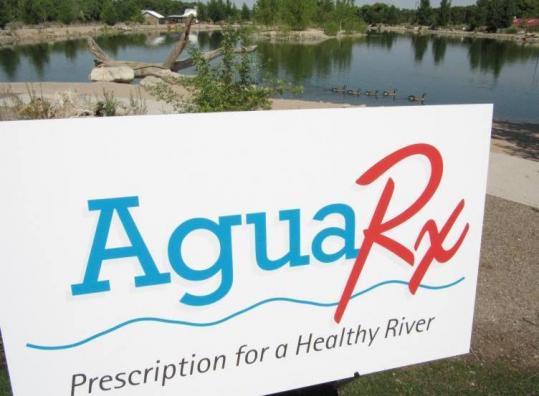 Joining several other utilities across the nation, the Albuquerque water authority has started a program to educate residents on how to properly dispose of pharmaceuticals. (Susan Montoya/Associated Press)
By Jeff Donn Associated Press / December 25, 2009

Federal regulators have sharply shifted course on longstanding policy toward pharmaceutical residues in the nation’s drinking water, taking a critical first step toward limiting some of the contaminants while acknowledging they could threaten human health.

A burst of significant announcements in recent weeks reflects an expanded government effort under President Obama to deal with pharmaceuticals as environmental pollutants:

■ For the first time, the Environmental Protection Agency has listed some pharmaceuticals as candidates for regulation in drinking water. The agency also has launched a survey to check for scores of drugs at water treatment plants across the nation.

■ The Food and Drug Administration has updated its list of waste drugs that should be flushed down the toilet, but the agency has also declared a goal of working toward the return of all unused medicines.

■ The National Toxicology Program is conducting research to clarify how human health may be harmed by drugs at low environmental levels.

The Associated Press reported last year that the drinking water of at least 51 million Americans contains minute concentrations of a multitude of drugs. Water utilities, replying to a questionnaire, acknowledged the presence of antibiotics, sedatives, sex hormones, and dozens of other drugs in their supplies.

The EPA’s new study will look for 200 chemical and microbial contaminants at 50 plants that treat drinking water. The list includes 125 pharmaceuticals or related chemicals. This research will help federal officials decide whether regulations are needed.

In the first move toward possible drinking-water standards, the EPA has put 13 pharmaceuticals on what it calls the Contaminant Candidate List. They are mostly sex hormones, but include the antibiotic erythromycin. They join a list of 104 chemical and 12 microbial contaminants that the EPA is considering as candidates for regulation under the Safe Drinking Water Act. No pharmaceutical had been placed on the list in its 12-year history, but medicines now make up 13 percent of it.

They take a place beside such better-known contaminants as the metal cobalt, formaldehyde, the rocket fuel ingredient perchlorate, and the disease germ E. coli.

“I think this does signal a change in the regulatory and research approaches,’’ said Conrad Volz, a University of Pittsburgh scientist whose research raises questions about the risk of eating fish from waters contaminated with sex hormones. “What’s happening is pretty amazing.’’

Several scientists within and outside government tied the stronger focus on human health to the Obama administration and the president’s appointment of Lisa Jackson, a highly regarded former head of the New Jersey Department of Environmental Protection, to run the EPA.

However, making the candidate list provides no assurance that a chemical will reach regulation. EPA officials intend to make preliminary decisions on some of the latest contaminants by mid-2012.

Water utilities and drug makers are wary of the federal moves. Difficult scientific questions remain over the possible threat posed to humans by minuscule concentrations in drinking water, where drugs are typically found in parts per billion or trillion, well below medical doses.

Alan Goldhammer, a vice president of the Pharmaceutical Research and Manufacturers of America, said such trace amounts “really do not pose a human health issue.’’

“We do get concerned if we think that somebody is going to require that the consumers spend money and not get any health benefit,’’ added Tom Curtis, a lobbyist for the Denver-based American Water Works Association.

However, some researchers fear that very small daily amounts of unwanted drugs in water could cumulatively harm people over decades, possibly in combination with other drugs or in sensitive populations such as children or pregnant women.