THIS STORY HAS BEEN FORMATTED FOR EASY PRINTING
White Coat Notes 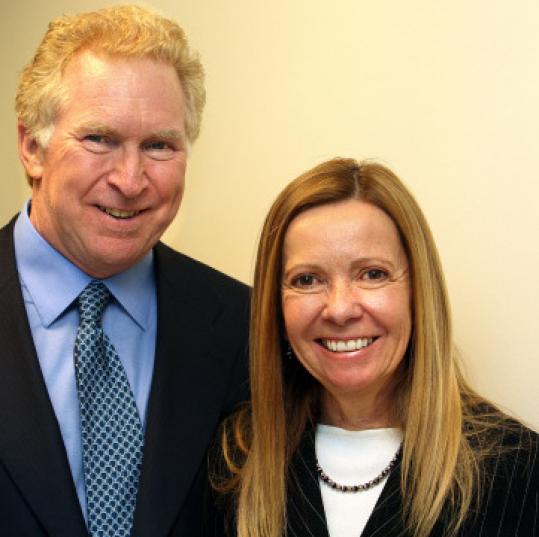 Excerpts from the Globe's blog on the Boston-area medical community.

On Wednesday, leaders of Massachusetts General Hospital, Harvard University and MIT gathered at the Charles Hotel in Harvard Square to celebrate the creation of the Phillip T. and Susan M. Ragon Institute, which aims to unite an army of doctors, engineers, and scientists in the hunt for an AIDS vaccine -- but without some of the constraints of more risk-averse government funders.

Harvard President Drew Faust declared that the opening of the institute, with $100 million from the Ragons, is akin to the Apollo missions to the moon. It was clear from the tenor of her remarks, and those from MIT President Susan Hockfield, that the announcement of such a generous gift afforded welcome respite from news of shrinking endowments and broke donors.

The Ragons, Faust said, "have shown a level of understanding and daring that is rare in the world of philanthropy."

Boston Medical Center program cut return trips to hospital by 30 percent
Going home from the hospital can be confusing for patients. It can also be dangerous.

For one in five patients, problems with medications or other complications mean a return trip to the hospital, according to the Agency for Healthcare Research and Quality.

A team at Boston Medical Center devised a program in which nurses used a personalized booklet to teach patients about their conditions, explain the medications they need to take, and arrange appointments with the doctors they need to see.

A pharmacist called the patients about two days later to check on their medications. In a randomized clinical trial of the program, half of about 700 patients got the intensive discharge education plus followup while half got standard discharge instructions.

Patients who got the extra attention were 30 percent less likely to return to the hospital, whether it was a visit to the emergency room or readmission as an inpatient. The study was published last week in Annals of Internal Medicine. "The intervention showed a remarkable effect, much more than any of us ever imagined," Dr. Brian Jack, who led the BMC team, said in an interview.

Mental illness alone does not predict violent behavior, study suggests
When crimes of violence are committed by people who have mental illness, people wonder why more can't be done to prevent such horrifying acts. But the answer isn't so simple, a large study of multiple factors associated with violence suggests.

Mental illness by itself does not predict future violent behavior, researchers from the University of North Carolina at Chapel Hill reported last week in Archives of General Psychiatry, echoing previous smaller studies. Only when it is combined with other problems - substance abuse, stressors such as the loss of a job, and a history of violence - is an increase in violence seen, the researchers found in a national survey of more than 34,000 people.

"I think the real important finding here is that just because someone has a mental illness, it does not mean they are going to act violent," said Donald Davidoff, director of neuropsychology at McLean Hospital.

He was not involved in the study. "Mental illness alone is not a significant risk factor."

"Because severe mental illness did not independently predict future violent behavior, these findings challenge perceptions that mental illness is a leading cause of violence in the general population," the authors wrote.