Dieting can be counterproductive 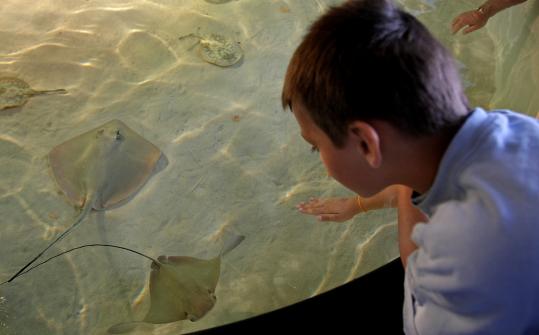 OVERWEIGHT
Weight Watchers is an effective way to lose pounds, but exercise physiologist Steve Ball of the University of Missouri wondered exactly what is being lost as the weight melts away. He and his MU colleagues enrolled 43 overweight women in either a Weight Watchers program or a gym with an outlined exercise program, and examined the participants' body composition as they lost weight. The women who attended Weight Watchers for 12 weeks lost an average of 9 pounds, or 5 percent of their body weight, while those with gym memberships lost 2.5 percent of their body weight, or a little less than 3 pounds. The dropout rate in the exercise group was also twice as high as in the Weight Watchers program, perhaps because the social aspects of Weight Watchers kept participants engaged, Ball said. But about one-third of the lost pounds for the Weight Watchers' was not fat - it was lean tissue such as muscle, the loss of which can slow down metabolism and lead to weight gain. The pounds lost by the exercises were nearly all fat. "Exercise can protect against such muscle loss," Ball said. BOTTOM LINE: Weight loss alone may set people up for regaining pounds because it can slow down metabolism. "If you just diet your weight is going to go up and down, and the cycle will go on forever. It's a combination of exercise and dieting that really works and impacts healthy body composition," said Ball. CAUTIONS: The study included only women and only lasted about 12 weeks, so results may not be applicable to men and longer term results were not considered. WHAT'S NEXT: "This is just a snapshot, we want to see longer-term results," Ball said. WHERE TO FIND IT: Journal of Exercise Physiology, June 3
DINA FINE MARON

First view inside muscle fibers
For a muscle to lift a heavy object, tiny components of muscle fiber, called sarcomeres, work together to generate force. The elegant way sarcomeres are arranged and oriented affects the way muscles move - so problems in sarcomere coordination can lead to diseases, such as muscular dystrophy. It's been challenging to visualize sarcomeres at work in living humans - until now. Researchers led by Mark J. Schnitzer and Scott Delp of Stanford University developed a technique in which they insert a needle-shaped microscope with a diameter of less than half a millimeter into the muscle. They then flash a laser of a particular color at the muscle fibers, and based upon the orientation of sarcomeres, the muscle flashes a light of a different color back into the scope. These light reflection patterns allow researchers for the first time to visualize the way many individual sarcomeres work together in living humans. "We hope that someday this might be a tool for the management of neuromuscular diseases, as well as for guiding motor rehabilitation such as in cases of stroke or spinal cord injury," Schnitzer said. BOTTOM LINE: For the first time, a tiny microscope allows scientists to see inside human muscle fibers, a tool that may one day help to diagnose and manage muscle diseases. CAUTIONS: The technique is somewhat limited by a small field of view - meaning it can only survey a part of the muscle at a time. WHAT'S NEXT: "We're planning on using this technique to look at how sarcomeres behave in human neuromuscular disorders," Schnitzer said. WHERE TO FIND IT: Nature, July 7.