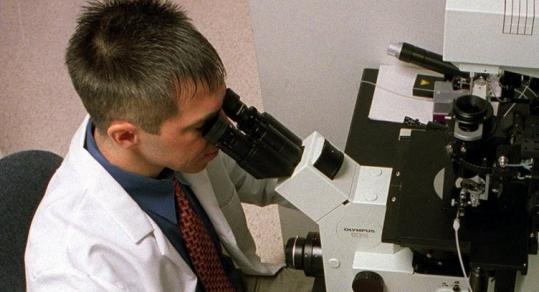 In findings that some analysts described as being of more political than scientific significance, Massachusetts researchers said yesterday that they have dramatically improved a technique for producing human embryonic stem cells without destroying embryos.

Scientists at Advanced Cell Technology, which has laboratories in Worcester, have developed five new lines, or batches, of stem cells from single cells extracted from early-stage human embryos, according to research published yesterday. The embryos suffered no evident harm from the process and were frozen for eventual use in in-vitro fertilization, said Dr. Robert Lanza, chief scientific officer of the biotechnology firm.

In a challenge to the Bush administration, the researchers urged the White House to quickly approve the embryonic stem cells and future lines produced by the same process for use in US-funded research. In 2001, the Bush administration banned researchers from receiving federal money to study stem cells derived by any process that destroys embryos, except for the few lines in existence when Bush issued the order.

"These stem cell lines were generated without interfering with the embryo's potential for life," Lanza said in an interview. "This is a working technology that exists here and now. It could be used to immediately increase the number of stem cell lines available to researchers, not next year, not down the road, but now."

Other scientists said the research, published in the journal Cell Stem Cell, was important primarily because it might pressure the Bush administration to give the first federal nod to research involving stem cells derived from human embryos since 2001.

"The science is solid and shows the ability to isolate a human embryonic cell without permanent destruction" of the embryo, said biologist Douglas A. Melton, a prominent stem cell researcher and codirector of the Harvard Stem Cell Institute, which was not involved in the research. "But the real significance is not scientific; it's political. Will this approach be eligible for federal money?"

Research using embryonic stem cells - which medical researchers believe hold the key to treating an array of ailments, from severe spinal cord injuries to heart disease - has been stymied by a lack of federal funding, despite efforts by Harvard University, the State of California, and a few other entities to spur the science with separate money. Advanced Cell Technology uses investors' money for its research.

There is no data proving that the process does not inflict harm, said Story Landis, chief of the Stem Cell Task Force of the National Institutes of Health. "They could be fine. They might have suffered harm. All we know is that they are in a freezer and 'looked OK' when they were put there."

Religious activists, meanwhile, said Advanced Cell Technology's technique is unacceptable because it exploits and might do physical injury to embryos, even when they survive the process.

"This fails to deliver any kind of ethical solution," said the Rev. Tadeusz Pacholczyk, education director of the National Catholic Center.

But some specialists in stem cell issues predicted that the process might win indirect approval, freeing federal money for research on such stem cells, if not for the actual creation of the cells, a fine but critical distinction for labs across the country.

"One can argue that the technique answers the concerns underlying the president's policy and that funding for the work on the resulting human embryonic stem cell lines ought to be permitted," said R. Alta Charo, professor of law and bioethics at the University of Wisconsin.

Late last year, researchers in Japan and the United States stunned the world by producing human embryo-like stem cells from adult tissue, without use of embryos. No ethical issues are associated with such stem cells, and the federal government is starting to hand out tens of millions of dollars for research on them. It may be years, however, before the so-called induced cells can be used in treatment, if ever, because the genetically altered cells have the potential to become cancerous.

Most scientists in the field believe that stem cells derived from human embryonic tissue will still be crucial for research and near-term therapies. For that reason, Advanced Cell Technology's research drew praise.

"I suspect this work will lead to new insights that will be fundamentally important to understanding pluripotency and human development," said Dr. Bruce R. Conklin, director of the stem cell core laboratory at San Francisco's Gladstone Institute for Cardiovascular Disease. Pluripotency refers to the ability of stem cells to form any of the body's 220 cell types, including blood, bone, nerve, and muscle.

Researchers removed a single cell each from eight-cell embryos developed from eggs fertilized in laboratory dishes. The process employed was similar to the procedure known as "preimplantation genetic diagnosis," or PGD, used by fertility clinics to test an embryo for signs of genetic mutation or chromosomal abnormalities before implanting it in a woman unable to conceive normally.

Colin Nickerson can be reached at nickerson@globe.com.