The State of the Union in word clouds

From the American people to government spending to unemployment, the word clouds below capture the terms used most often by President Obama in his 2011 State of the Union speech last night, by US Rep. Paul Ryan of Wisconsin in the GOP response, and by US Rep. Michele Bachmann of Minnesota in the Tea Party response.

We created the word clouds using Wordle. The clouds give greater prominence to words that appear more frequently in texts. 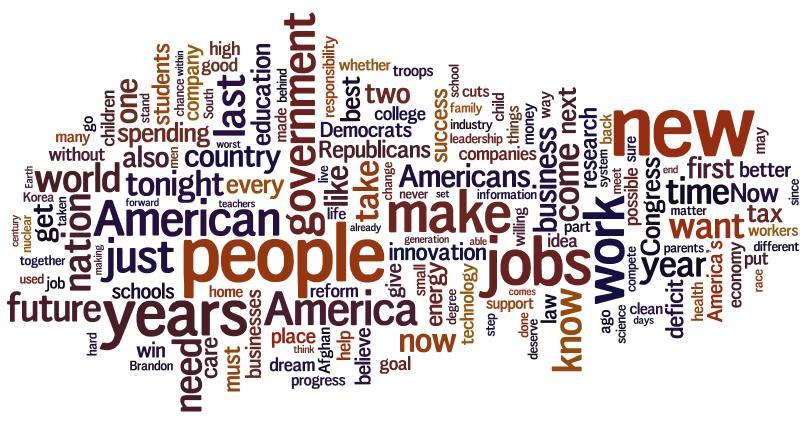 The Republican response from US Rep. Paul Ryan of Wisconsin

The Tea Party response by US Rep. Michele Bachmann of Minnesota 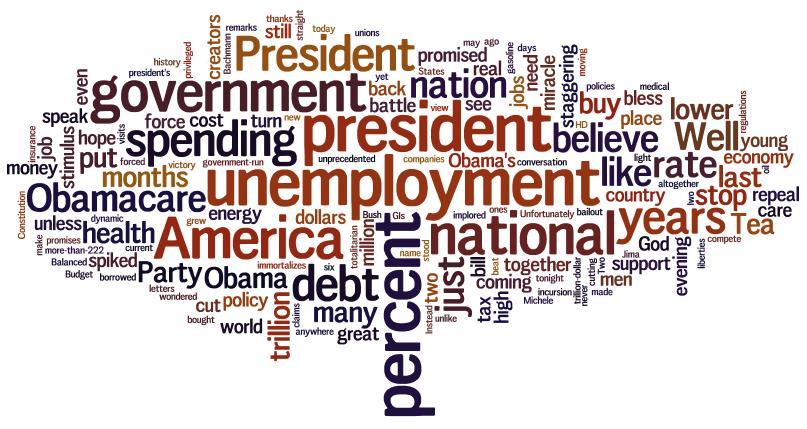