By Lisa Tuite for the Globe Magazine
Memorable clashes and defining remarks in local debate history.

: On the question of his qualifications, McCormack jabbed his finger toward the inexperienced Kennedy and said that if his opponent’s name were Edward Moore, his candidacy “would be a joke. But nobody’s laughing because his name is not Edward Moore. It’s Edward Moore Kennedy.”

Significance: Riding home with aides and listening to caller after caller on the radio complain about McCormack’s attack on the young Kennedy, McCormack finally said, “Turn it off, the race is over.” 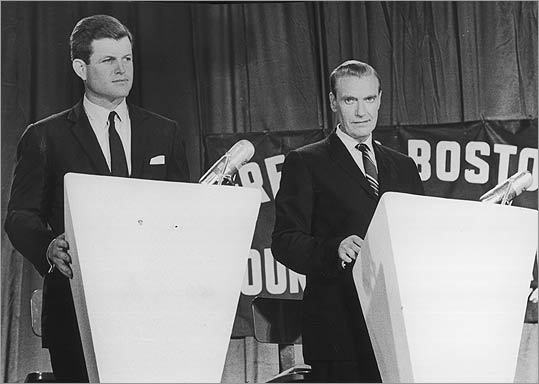