The pitch
Only 47, the former US representative and current South Carolina governor could provide a generational counterbalance to the septuagenarian McCain. Sanford also has a good grasp on fiscal policy, beneficial in a general election with huge economic questions. Sanford could help hold wavering southern states, like Virginia and Florida, where he was born.

The downside
Sanford has displayed outlandish behavior in the past, most notably in 2004 when he released live pigs in the state House chamber to protest pork barrel spending. He has also warred at times with South Carolina's Republican-controlled General Assembly.
(AP) 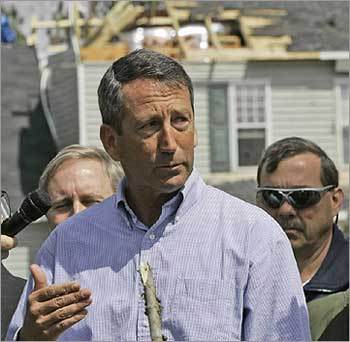