Three's a crowd -- A history of third-party campaigns

Ralph Nader announced he would run for the presidency Sunday as a third-party candidate. Nader is no stranger to presidential politics -- he ran in 1996 and 2000 for the Green Party, and in 2004 as an independent.

A longtime consumer activist, Nader says he runs to offer voters a third choice in a system he sees as dominated by corporate interests. Although he usually doesn't fare well at the polls, Nader has greatly impacted races in the past -- many Democrats still blame him for siphoning off votes from Al Gore in 2000 in Florida, which helped George W. Bush win the presidency. 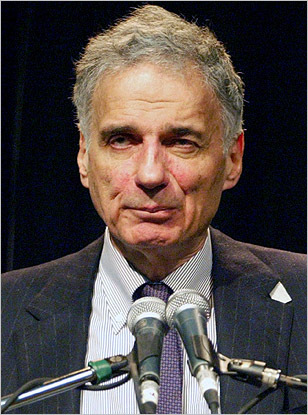