Utah is Romney’s key to West 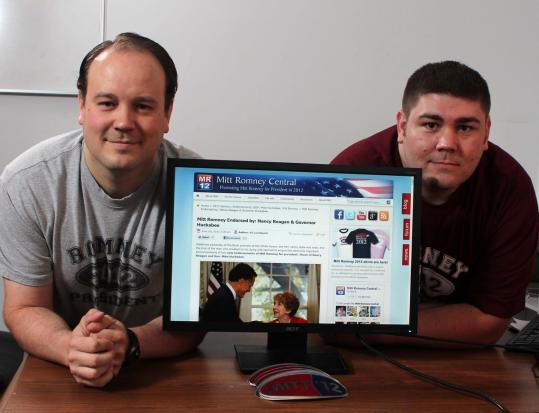 OREM, Utah - Mitt Romney’s campaign has opened headquarters in state after state over the past year, only to shutter them weeks later after the primary race there ended.

That is not the case in Utah, even though it is probably the safest on Romney’s electoral map and there is little need for organizing locally. Campaign officials consider the state - with its prime location, its large number of highly motivated volunteers, and a population that shares Romney’s Mormon faith - a staging area for battles across the country, particularly in Western swing states such as Colorado and Nevada.

College Republicans at Brigham Young University are primed for grass-roots organizing when they return from summer break. A virtual war room is in the works for Salt Lake City. And the state Republican Party is making plans beyond its borders.

“Even during the primary days it was a big asset for us,’’ said Sarah Nelson, the Romney campaign’s political director for the West Coast. “It was one of the number one states in the country for phone banking.’’

During primary season, Utah volunteers went to Nevada in the final weekend to help Romney secure his win. Even in the early days of the general election, volunteers are making calls around the country to identify supporters, and a website for Romney super fans - “Mitt Romney Central’’ - is mobilizing workers.

“We’re going to move bodies to those battleground states and be involved on the ground, there’s no doubt about it,’’ Thomas Wright, chairman of the Utah Republican Party, said in an interview inside the state GOP headquarters in downtown Salt Lake City. “There’s so many people here who are motivated. . . . People are excited about Mitt Romney.’’

Utah has also disproportionally financed his rise on the national stage. In 2008, Romney raised more money in Utah than any other state except California. His fund-raising is down through April of this year compared with the same period in 2008, mainly because he has broadened his national fund-raising network. Yet he still has raised $3.6 million, making the state - 34th in population - the sixth-highest in Romney donations.

He is planning to bulk that up next Friday, when he comes to Utah for several high-dollar fund-raisers. In addition, Utah residents and businesses have donated at least $2.5 million to Restore Our Future, the super PAC supporting Romney.

In the past, other Republicans have relied on Utah’s overwhelmingly Republican population and engaged activist class. Some students from Brigham Young University flew to California in the 2010 midterm elections to work on Carly Fiorina’s US Senate bid, for example, and President George W. Bush’s campaign recruited volunteers for its 72-Hour Task Force in the final days of the race.

But Romney and his supporters are taking that support to new heights, partly because of the quiet pride he engenders among those who share his Mormon faith. About 60 percent of Utah’s population is Mormon, a faith that prides itself on hard work and proselytizing to get its message out.

“The Republican National Committee has told me, ‘The best volunteers we have are the Mormons,’ ’’ said Bob Bennett, former US senator and a Mormon. “Because they’re used to rejection - they knock on doors as missionaries. They come up in the morning and go out canvassing, and then they show up in the afternoon as well.’’

Utah is sandwiched between two crucial states, Colorado and Nevada, whose combined 15 electoral votes will be heavily contested. New polls released last week show Obama with a slim edge over Romney in both states, which have a combination of the Hispanic and independent voters whose support will be vital in November.

In New Mexico, Obama has an edge, while Romney is leading in Arizona. But both could become battlegrounds, and party officials in Utah say they could dispatch resources to those states as well.

Romney’s campaign headquarters opened here in November, two months before the first primaries. It is in a strip mall within a 10-minute drive of two campuses: one of the state’s largest universities (Utah Valley University) and the largest Mormon-affiliated school in the country (Brigham Young University).

Inside the headquarters are rows of cubicles, each outfitted with a small Acer laptop and a Verizon cellphone. Every cubicle has a sign: “Calls=votes,’’ with a photo of Romney making phone calls. E-mails asking for help went out frequently during the Republican primary season (“Mitt needs you tomorrow,’’ one said, the day before the Illinois primary), and those efforts have continued.

One recent weekday around lunchtime, Hildred Anderson, a 76-year-old retiree from Orem, strolled in to make calls into Virginia. She has never volunteered for a campaign before, but Romney inspired her. She shares his Mormon faith and was impressed with his work running the 2002 Winter Olympics in Salt Lake City.

So every few weeks, she drops by to make calls.

About a mile away, in an office of a souvenir manufacturing company, Nate Gunderson helps run the Mitt Romney Central website.

The site sells T-shirts, bumper stickers, and license plate frames, and rapidly posts news nuggets related to Romney as soon as they happen. They have copies of Romney speeches going back to 2004, and videos of Romney talking about his positions on issues.

“We try to get supporters from around the country, basically - and they in turn spread the message wherever they are located,’’ said Gunderson, 35, who drove to Las Vegas when Romney held a national call day there last year.

Danielle Stockton - who was president of the university’s College Republicans last school year and will head the Utah Federation of College Republicans this year - said, “People will be very excited about this upcoming year because it’s a pivotal election. Regardless of the religious factor, there are crucial issues that apply to students, like the economy.’’

Church officials have been careful to stay neutral in the race and have reminded members not to use church property or membership lists for political purposes.

Even Stockton was careful to say she had not endorsed Romney because she attends a Mormon-affiliated school.

“He’s said it to me several times, ‘This is going to be one of the most exciting things for Utah, from a Republican Party perspective, that’s ever happened,’ ’’ Wright said.

For all their efforts, Republicans here will get a payoff of sorts at the end of the summer. Party members have a better hotel assignment than usual at the Republican National Convention, and other perks could follow.

“We’re excited about it, just from the sheer standpoint that Utah is on the radar,’’ Wright said. “Yeah, we’re still a flyover state. But we can play a key role in this election.’’